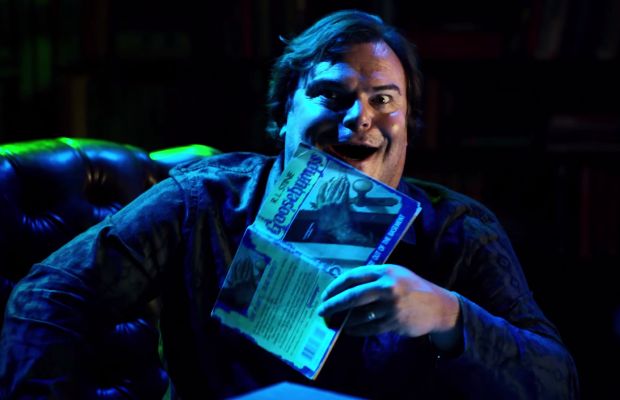 If you've ever freestyled over the intro theme to the Goosebumps television series (just me?), then this new Goosebumps rap should be right up your pitch-black alley. Jack Black, who plays the beloved book series' creator R.L. Stine in the new Goosebumps movie that hits theaters next week, has joined forces with Nerdist's Malik “MF” Forté for a spooky, 90s-inspired banger called “Bumps Gonna Goose Ya!” Think Run-DMC's Ghostbusters II theme meets Vanilla Ice's “Ninja Rap” from Teenage Mutant Ninja Turtles II: Secret Of The Ooze and you should be on the right track.

Read more: Rick Moranis on refusing role in new Ghostbusters film: “It just makes no sense to me”

Jam-packed with lyrics that mostly consist of Goosebumps book titles and play-ons of such, the excellent Ben Mekler-directed clip features Forté donning an impressive monster blood-like vest and matching shades as he delivers nostalgic line after nostalgic line with help from Black on the hook and other sections of the track. The video also features choreographed dances with witches and ghosts, several brief clips from the upcoming film, and of course, a cameo from Slappy the Dummy. Check it out below, but as you know: viewer beware, you're in for a scare!