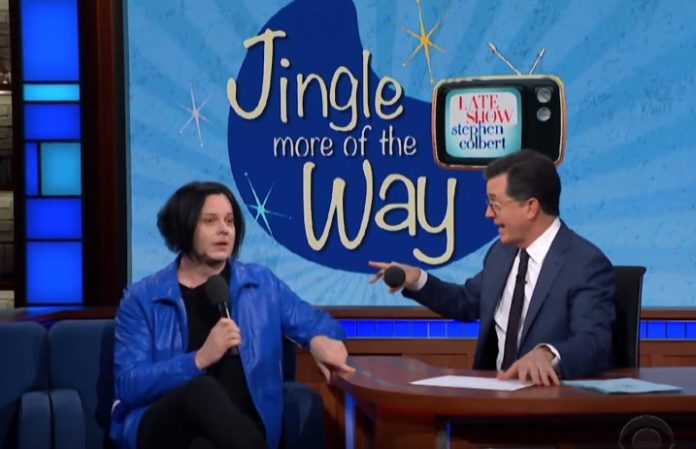 [Photo by: The Late Show with Stephen Colbert/Youtube]

On an interesting, and more than slightly morbid note, Jack White joined Stephen Colbert in sharing the full versions of America's most popular jingles.

Read more: Jack White is confused about what DJ Khaled does

The songs were created for the 'Jingle More of the Way' bit performed during a recent episode of The Late Show with Stephen Colbert.

According to Colbert, since commercials are so short, viewers only get to hear the first line of the 'real jingle.'

The themes of the Band-Aid, Folgers and Toys 'R Us commericials are extended and White goes a bit…over the top—in a hilarious way of course.

Check out the jingles below:

What do you think of White's TV jingles? Let us know in the comments!