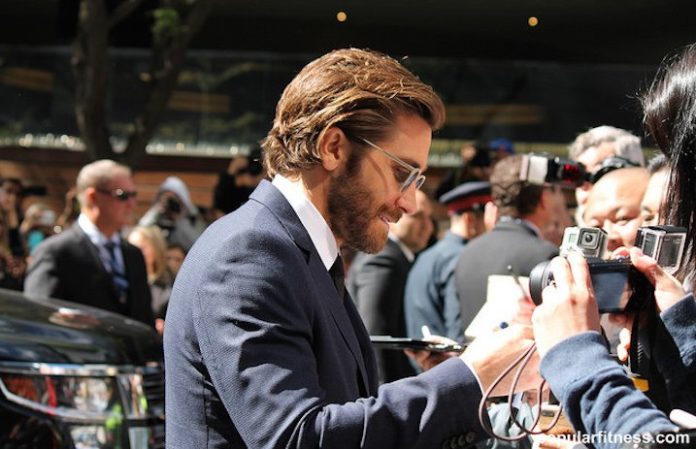 Jake Gyllenhaal might be finally joining the Spider-Man franchise after all—as a classic villain.

The Oscar-nominated actor is in talks to star as Mysterio in the sequel to Spider-Man: Homecoming, according to Entertainment Weekly. The untitled film is set to be released by Marvel and Sony July 5, 2019.

It isn’t the first time Gyllenhaal has been considered for a role in the film series. Between 2002 and 2004, Tobey Maguire was injured while filming Seabiscuit, and rumors were swirling that Gyllenhaal would be his replacement in the first Spider-Man trilogy. Maguire recovered in time to stick to his role, so Gyllenhaal had to wait to enter the superhero world.

The original Mysterio is Quentin Beck, who was a Hollywood stuntman and special effects expert who left his career to use his talents to become an effective illusionist supervillain. The villain is known for his fishbowl helmet and his use of psychological warfare.

If the deal is made, Gyllenhaal will join Tom Holland as Spiderman in the sequel, which is directed by Jon Watts. Also, Michael Keaton is slated to return as Vulture in the sequel.

Check out what fans are saying about the news on Twitter.

if jake gyllenhaal really is going to be in the next spiderman movie, marvel has officially collected all the trading cards for the “beautiful bearded men in hollywood” set

tom holland and jake gyllenhaal in one marvel movie together??? as spider-man vs mysterio? anD TOM SAID BEFORE THAT HE WOULD LOVE TO WORK WITH JAKE SOMEDAY mY hEaRt pic.twitter.com/BsVvqVLbGW

Jake Gyllenhaal as Mysterio would be pretty dope. Guess that would mean no Batman turn for him, but would you rather be a DC hero or Marvel villain right now?

remember when justin bieber was rumoured to be in the new spiderman movie and now we get jake gyllenhaal instead, this is character development

can someone tell me why tom holland’s life is so fuckin lucky? i mean, think.
first; he is a fan of spiderman since he was kid, then he got spidey role: ✔
and; he is a fan of jake gyllenhaal, then he will meet jake in the same movie: ✔