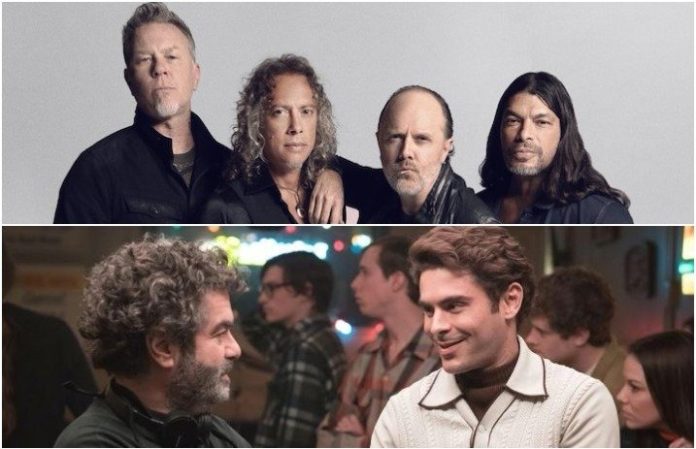 Metallica's James Hetfield has joined the cast of the upcoming Ted Bundy thriller Extremely Wicked, Shockingly Evil, and Vile, starring Zac Efron and Lily Collins, and we now have a first peek at Hetfield's character in the flick.

Director Joe Berlinger shared the shot, with Hetfield playing Officer Bob Hayward, a “no-nonsense Utah highway patrol veteran who was the first law enforcement officer to arrest Bundy in 1975 after pulling the killer over and discovering burglary tools in his car, but wisely suspecting much worse,” as previously reported.

“A special day on set of our little bundy movie starring @zacefron and @lilyjcollins … @metallica is in the house as @james.hetfield @papa_het_ plays Officer Bob Hayward in the metal god's first dramatic role cleancut. Having one of my musical heroes in our film is pretty damn awesome.”

A #special #day on #set of our little #bundy #movie starring @zacefron and @lilyjcollins … @metallica is in the house as @james.hetfield @papa_het_ plays Officer Bob Hayward in the #metal #god 's #first #dramatic #role #cleancut Having one of my #musical #heroes in our #film is #pretty #damn #awesome Photo by @brian_douglas_stills

He'll be joining Efron, who is starring as Ted Bundy opposite Lily Collins, who will be playing Elizabeth Kloepfer, Bundy's longtime girlfriend. Plus, actress Kaya Scodelario will be playing Carole Ann Boone, Bundy's ex-wife, in the upcoming flick.