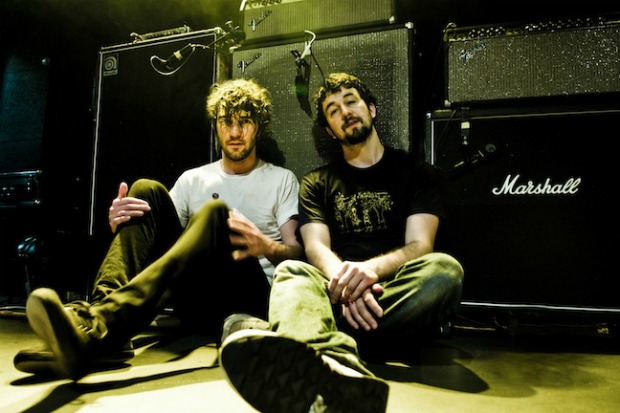 “But this time, we wanted to get really good takes that also had a lot of energy. We're a pretty difficult band to record because we have some ground rules: no double-tracking guitars and no overdubs unless they're absolutely necessary. It's basically just one drum take, one guitar take, and then us singing over top. There's nothing fancy about it. Our band sounds best when we essentially capture this live energy, and there are no studio tricks to get to that level of passion when you're actually playing the song.

With this record, we knew there might be an opportunity to record somewhere bigger and better, and refine our sound, which is a pretty typical choice for bands like us. And we definitely considered doing that. But we were working with a fairly limited budget. And Dave and I have just gotten so much better at playing our instruments and playing together on tour, and I personally feel like I'm hugely more confident in my ability to write lyrics, and [engineer] Jesse [Gander]'s gotten much better, too. We've all improved so much. So we thought that if we got back together again and just recorded a new record, it would inherently be a step forward from what we'd done before.”