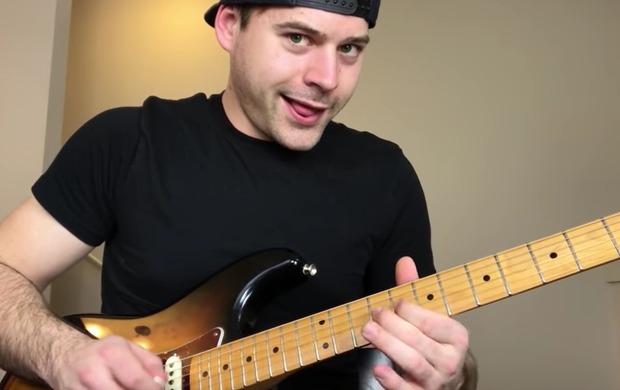 Mr. Jared Dines has been having a lot of fun displaying his musical talent on YouTube over the past half decade or so. And this time he's taking on one of the biggest pop groups in the world.

He shreds guitar, jams on the drums, and also has a pretty decent voice. Known for his covers, parodies, and even original music, Jared crosses many different styles of metal, and does so skillfully.

One of the series he features on his channel is called “If ______ was metal.” It offers Dines' take on various artist's work, transforming a number of their songs into catchy metal riffs on his guitar.

His latest video pays tribute to one of the biggest acts in pop: Maroon 5. In this undertaking, Dines rips the melodies to many of the famous choruses sung by Adam Levine, including tunes like “Animals,” “This Love,” “Misery,” and a whole lot more.

And honestly, he kills it. Behind subtly brutal drum tracks, Dines switches up each song in a different style, showcasing his creativity and expert use of the whammy bar.

Levine even gave him a shoutout!

Dines also has similar covers of other artists, including Twenty One Pilots, Panic! At The Disco, and Blink-182, among others.

Check out Jared Dines' Maroon 5 metal interpretation below, and let us know what you think in the comments!