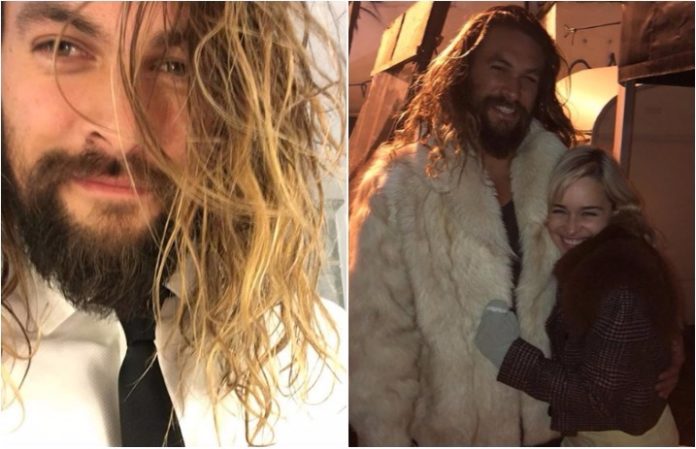 Think you're the biggest Game Of Thrones fan ever? We've got news for you: That title actually goes to Jason Momoa. The actor, who played Khal Drogo, has been saying the last season of the show will “be the greatest thing that’s ever aired on TV.”

Unite the clans. 24hrs in Belfast GOT Super honored to once apart of this show. I love seeing all my friends and new ones @khivju your a fucking legend Mad crazy love to Dan and David and Every one i saw i know u just started good luck with filming the greatest show in history have fun Aloha Drogo

Although Drogo was killed on season 1, Momoa keeps watching and praising the show every chance he can. The actor told EW his favorite season is the most recent one.

A premiere date for the eighth season of Game Of Thrones hasn't been set yet, but rumors are it's coming in 2019.