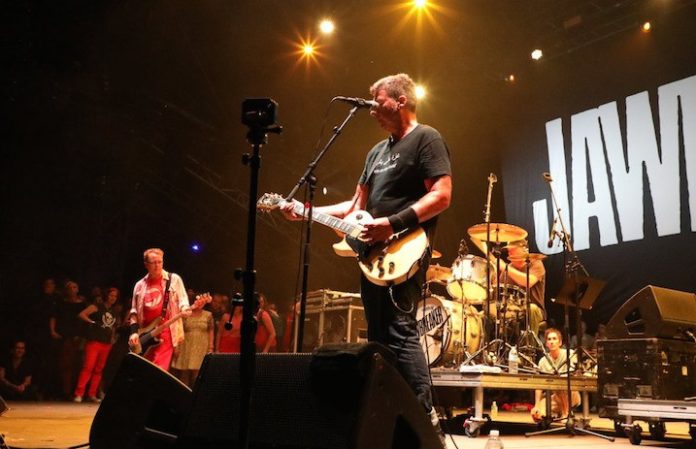 Jawbreaker, who recently reunited and played last year's Riot Fest, have had much of their musical equipment and other items stolen from their storage space in California, including copies of their album master tapes. See below.

The band posted to Facebook on Wednesday about the theft, including photos of two “precious” pieces that were among those taken: singer-guitarist Blake Schwarzenbach's 1996 Marshall reissue 1959SLP amplifier head and drummer Adam Pfahler's 1989 Yamaha brass snare drum (which, according to Pitchfork, was used on every Jawbreaker record).

The gear, along with hard drives containing digitized versions of the band's master tapes, was stolen from a unit at Extra Space Storage in Emeryville, California, at some point between Dec. 7, 2017, and Jan. 10, the band say. “I could puke,” reads the Facebook post, while asking fans in Northern California to “please be on the lookout”—see it here: