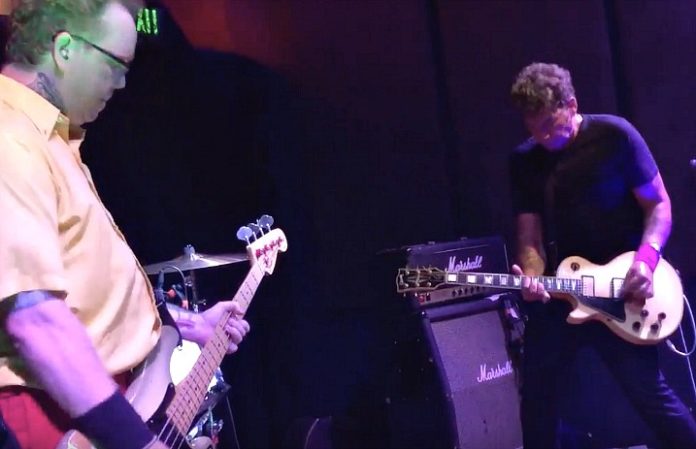 Now this is how you have an epic reunion: Jawbreaker reunited for the first time in 21 years at a 200-capacity room in California, and it was as amazing as it sounds.

Check out some of the footage below!

The band announced their reunion for Riot Fest this fall, which will be held in Sept. 15-17 at Douglas Park.

As Stereogum points out, this is a warmup for the band who played a short, seven song set last night at the Ivy Room. They started the set with “The Boat Dreams From the Hill,” which will go down in history as being the first song of their first set in 21 years.

Plus, the band are set to play in San Francisco again on Aug. 12 at the Rickshaw Stop, and tickets are not available yet.

Take a look at their setlist and see some of the footage of the epic, secret Jawbreaker show below!

So @JawbreakerBand reunited last night in a 200-cap room in SF. Their first song? “The Boat Dreams From The Hill.” https://t.co/PfomHE77V8

“The Boat Dreams From the Hill”

Does this make you even more excited to see Jawbreaker at Riot Fest? Let us know in the comments below!