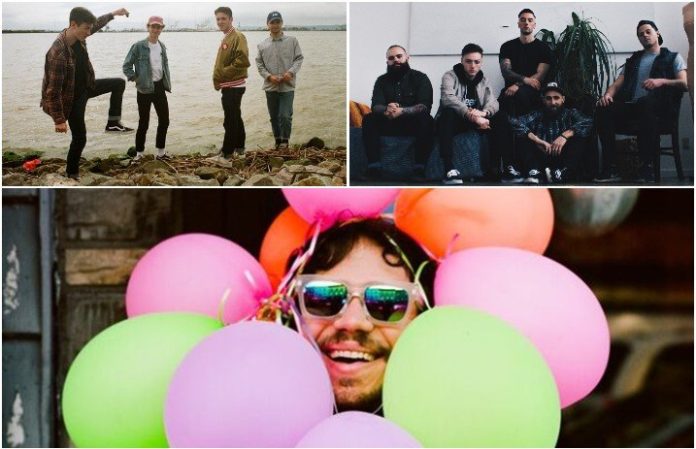 Hear an acoustic cover from Mt. Eddy—plus, catch Jeff Rosenstock on tour. Check out the news you might have missed today below!

Yeah bud we're touring, tickets on sale Friday, all shows with bands we love including Martha from the UK who hasn't been here in years. ALL SHOWS ALL AGES $15 OR LESS TICKETS ON SALE FRIDAY AT 10 AM https://t.co/gsdPQm90u5! HOPE TO SEE YOU SOON!! pic.twitter.com/Onl5DOclCy

He’ll be hitting the road with multiple different artists along the way, including Lemuria and Roar, Laura Stevenson and Chris Farren, and Martha and Bad Moves.

The acoustic cover is seriously stunning—you’ll love it as much as we do.

3. Locals Only released an acoustic version and accompanying music video for “The Loop.”

The track is taken from their acoustic EP, out now.

For the first time ever, X, Suicidal Tendencies and Svetlanas will be performing at the festival.

We're throwing a party next month!

It’s set to take place Feb. 3 in Phoenix, and Chris Farren, Sundressed and more will be taking part.

Man, I guess this is the announcement. My 2nd EP 'Life, Slowly' will be out 3/2. Out with @safebetofficial to celebrate. New song v soon. pic.twitter.com/Mh4cmfZKWp

The tour is in support of Bogues' second EP, Life, Slowly, due out March 2.