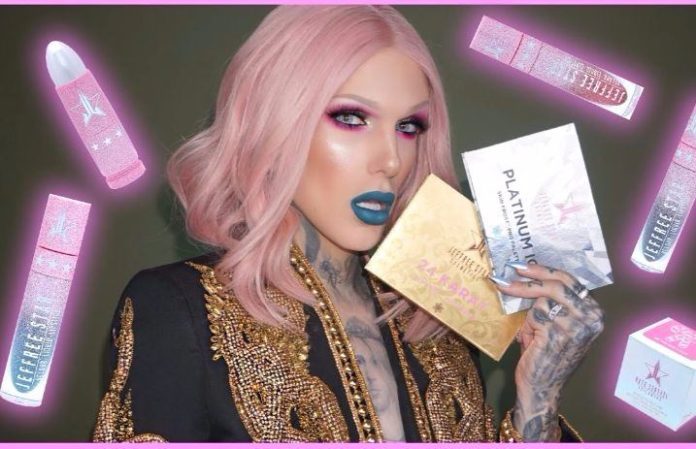 If you're in need of some Christmas cheer, we've got good news. Jeffree Star just revealed his entire 2017 Holiday Collection—and it looks amazing.

Star unveiled 17 new shades, which include two new palettes and the beloved edible lip scrubs, on a video that you can watch below. And there's more: All products come in holographic packaging. We're ready.

The new line presents two highlighter palettes: 24 Karat and Platinum Ice. While Star claims the former has a color for “every single person on Earth, no matter the skin tone,” the latter is edgier and includes “blinding” Ice Cold and his favorite, Alien Ice.

Star also unveiled the Velour Liquid Lipsticks. There are eight options that go from metallic to matte, including the highly-demanded Mermaid Blood, a dark teal lipstick, and the “holiday red” Poinsettia. Next are the Lip Ammunition shades: the nude Allegedlly, the grey gargoyle, the “perfect red” and first formula ever created by him Redrum and the glittery Champagne Tears.

The line will be available on November 18 at 1 pm EST and 10 pm PST, with free shipping for U.S. customers. Star also revealed that everything on his website, except the new Holiday Collection, will be on sale for Black Friday and Cyber Monday. The move is to celebrate Jeffree Star Cosmetics anniversary: The company is turning three on November 24.