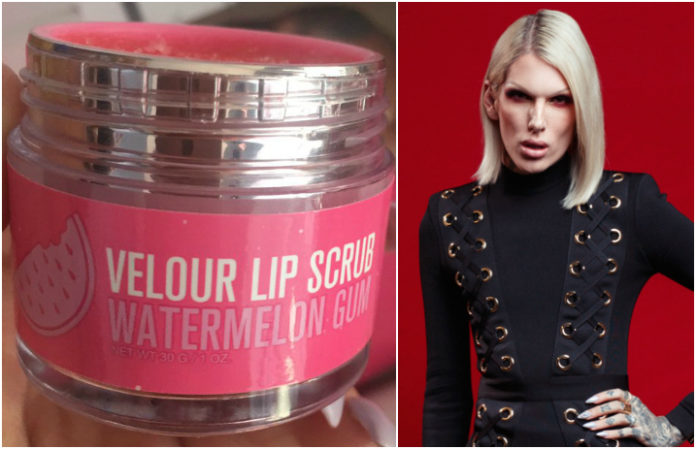 The various flavors of Jeffree Star Cosmetics' lip scrub are reportedly so good that fans can't help themselves from eating them. That's right, according to Teen Vogue, people are literally chowing down on Jeffree Star lip scrub.

As detailed by Star's cosmetics company, items like the Strawberry Gum Velour Lip Scrub are “delicious” and “sugar based”—the outfit even specifying that the product's lick-away excess is totally good to eat. (Oh yeah, “it's edible!”)

After all, the scrub is said to be vegan, not to mention paraben-free and gluten-free, so why not have a little taste? Well, the below Jeffree Star Cosmetics fans apparently took the whole “edible” makeup idea to an entirely new level!

• This Twitter user liked the taste so much, they just completely forwent even trying to use the product for its intended purpose, opting for a lip scrub feast:

SO, I just got this in the mail today. I LEGIT CANT STOP FKING EATING IT. I haven't even had a chance to use it as a lip scrub @JeffreeStar pic.twitter.com/TBM8X67Je6

• Similarly, this Jeffree Star Cosmetics fan straight-up purchased the tasty lip scrub with the “intention of eating it.” It must taste really good, huh?

I wanna get the @JeffreeStar blue raspberry sucker lip scrub with the intention of eating it. Is that wrong? I need help ��������

• We get it, it's tasty! Is it okay to eat this much makeup, even if it is totally edible? This fan's eatin' some Jeffree Star lip scrub straight “out of the jar”:

When you just start eating @JeffreeStar strawberry gum velour lip scrub out of the jar…. #icantgetenough

Are you a fan of Jeffree Star's lip scrub? Have you ever tried eating it? Is it good? Let us know your take on the edible lip scrub in the comments!