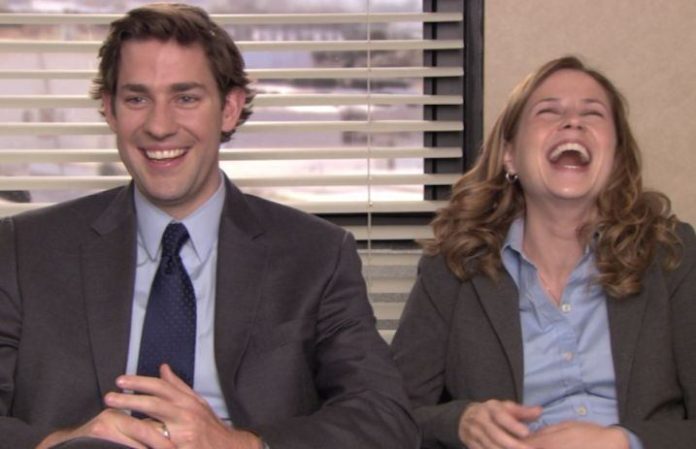 Fans of The Office, rejoice! Jenna Fischer (aka Pam Beesly) is “absolutely up” for a return to the series—under one particular condition.

Read more: Two characters hope to make a return in ‘The Office’ revival

“I think that’s for networks to figure out if I were to be asked,” Fischer told The Hollywood Reporter. “I haven’t been approached about it and don’t know anything about it… But I love Pam!”

Fischer further explains that she'd be honored to rejoin the series, but she would want to return because of the “talent involved behind the scenes,” not just from the comedic characters we know and love. If Greg Daniels is the person in charge, then she'd be “absolutely up for it.”

“I think the idea of an Office revival is a great idea. I would be honored to come back in any way that I am able to,” Fischer says.

“I loved playing that character and as long as Greg Daniels is the person in charge and the visionary behind it, then I would absolutely be up for it. We just have to get Mindy [Kaling], B.J. Novak, Gene Stupnitsky and Lee Eisenberg, Mike Schur to write some episodes. That show was so great because of the talent involved behind the scenes, not just on the screen.”

As previously reported, NBC is ready for the comedy to come back—maybe even for the 2018-2019 season. The new season would be set at Dunder Mifflin’s Scranton, Pennsylvania and feature a mix of old and new characters. (Except Michael Scott… Yep, we're sad about that, too.)

Supporting characters Angela Kinsey and Creed Bratton have already expressed their interest in the revival, and we're just too curious to see who else will join the cast. You can't have The Office without Pam and Jim, right? Or Andy Bernard? And Kevin Malone? And Kelly Kapoor??

We'll keep our eyes peeled for updates. And rewatch The Office (for the millionth time) in the meantime.

Who do you want to see in The Office revival? Let us know in the comments below!