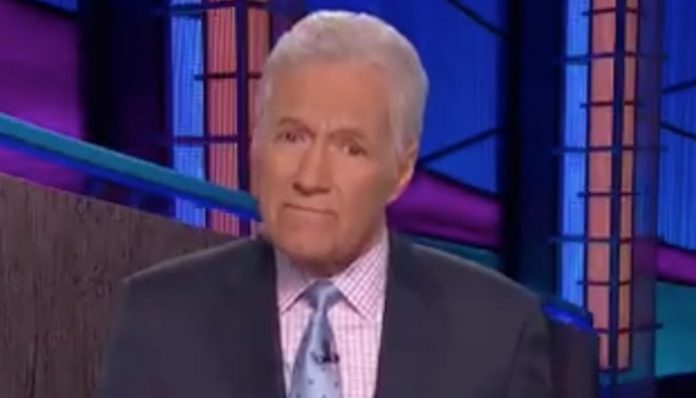 Now, he’s given fans an update on his health and thanked them for the kind words.

Trebek released a video after filming the game show’s 35th anniversary season finale. He shared that he’s “feeling good” and plans to host the upcoming season of the show.

“I wanted to once again thank you for your continuing messages of encouragement and support particularly the many cards I’ve received from young people. I’m touched beyond words,” Trebek said. “I’ve always tried to be straight with you and I’m not going to stop now, so despite what you may have heard, I’m feeling good. I’m continuing with my therapy.”

“We — by we, the staff — is already working on our next season. … So I look forward to seeing you once again in September with all kinds of good stuff.”

You can watch the full video below.

Back in March, Trebek made the first official announcement about his health publicly.

“I have some news to share with all of you and it’s in keeping of my longtime policy of being open and transparent with our Jeopardy! fanbase,” Trebek says in the video. “I also wanted to prevent you from reading or hearing some overblown or inaccurate reports regarding my health. So, therefore, I wanted to be the one to pass along this information. Now, just like 50,000 people in the United States each year, this week I was diagnosed with stage 4 pancreatic cancer.”

According to the American Cancer Society, pancreatic cancer has about a nine percent survival rate across all stages. The survival rate measures the percentage of patients who live five years after their initial diagnosis.

However, Trebek remains hopeful and optimistic that he will successfully defeat the disease.

“Normally, the prognosis for this is not very encouraging — but I’m going to fight this, and I’m going to keep working,” Trebek continues. “And with the love and support of my family and friends, and with the help of your prayers also, I plan to beat the low survival rate statistics for this disease.”

At the end of the video, Trebek concludes his somber message with a cheery joke. After all, there’s a reason why he’s our favorite television trivia genius.

“Truth told, I have to, because under the terms of my contract I have to host Jeopardy! for three more years,” he says. “Keep the faith and we’ll win. We’ll get it done. Thank you.”

You can watch Trebek’s message for yourself below.

In other news, Rob Zombie recently made yet another appearance in a Jeopardy question, and he was pretty into it.

Are you excited for the next season of Jeopardy? Sound off in the comments below!