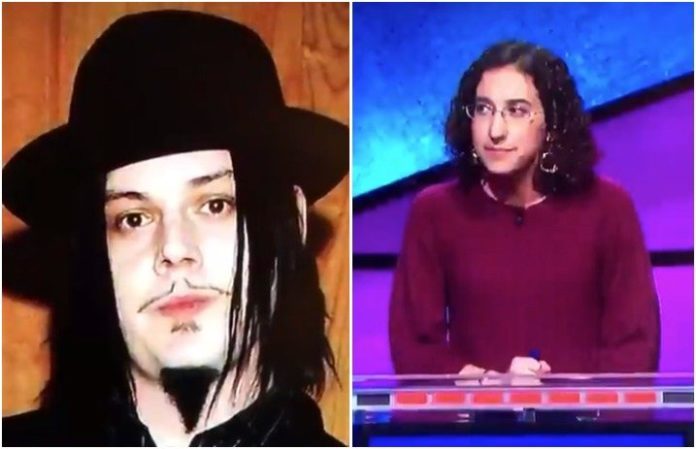 Ah, Jeopardy!. The show has featured plenty of our favorite bands and artists, and most recently, the show featured Jack White… who the game show contestant thought was Eminem.

In case you've never seen the show, contestants are given an answer and have to respond with a question.

Host Alex Trebek asked the contestants to come up with a question for: “A recent vinyl resurgence has been aided by this musician, who built a pressing plant in his Detroit hometown.”

So when she should have answered, “Who is Jack White?” she responded with “Who is Eminem?”

You have to watch the footage to below—it's kind of amazing:

“This lady thought Jack White was Eminem. Second time I’ve died in two weeks watching this show,” the caption reads on Twitter, and it's kind of all of us.

We can't totally blame her because Eminem is also from Detroit. But after seeing that photo? Yep, Jack White is definitely not Eminem.

What are your thoughts on the Eminem snafu? Let us know in the comments!