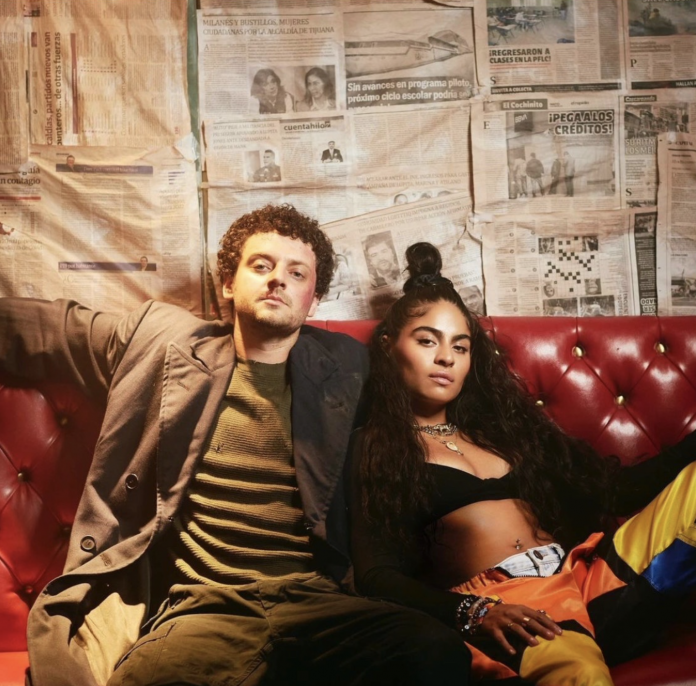 The optimistic new song will be featured on The Suicide Squad, the next film highlighting DC Comics‘ team of antiheroes after 2020’s Birds Of Prey.

“Rain” features a guitar riff that creates an air of mystique right off the bat. Reyez’s soulful, high-pitched harmonies add a hazy layer to grandson’s melodies before a bass drop sets the song into forward motion and establishes a driving rhythmic feel.

The music sounds like a pained lament, but the lyrics provide a hopeful outlook to offset the negativity of life. As the lyrics suggest, life needs a little tribulation for us to truly blossom, much like flowers need rain.

The first minute-and-a-half is led by grandson, whose dramatic falsetto on the verse contrasts with his low melodies on the chorus. The song is then taken over by Reyez. The singer showcases her dynamic vocal range through beautifully executed high notes in the verse and low notes in the chorus. The duet is extremely fitting of a Harley Quinn film. That’s especially clear in the montage-worthy, heavily distorted guitar solo that leads the song to a soulful climax.

The Suicide Squad, scheduled for release Aug. 6, will feature songs from the artists individually in addition to the collaborative track. Previous soundtracks to James Gunn and D.C. comics films included artists such as K.Flay and Halsey, so Reyez and grandson will find themselves in good company among other multifaceted alt-pop rockers.

More on Jessie Reyez and grandson

While “Rain” finds Reyez and grandson continuing strong in 2021, the pair were especially busy during the past year.

Reyez, who has written songs for Calvin Harris and has been featured in Beyoncé videos, won her fourth consecutive Juno—Canada’s highly sought music award—with the visual for “NO ONE’S IN THE ROOM.”

Her groundbreaking debut album, BEFORE LOVE CAME TO KILL US, features 6LACK and Eminem and was released March 2020, just a couple of weeks after she had to prematurely cancel her tour supporting Billie Eilish. The artist put forth lovesick and transparent songs with a smorgasbord of impressive instrumentation. Her album has a level of depth and energy that showcase an ability to capture a range of emotions.

Read more: Travie McCoy honors those he lost with “A Spoonful of Cinnamon”–listen

In addition to the new single, grandson is scheduled to perform alongside blink-182 and Simple Plan this summer, along with an appearance at Lollapalooza. The artist spent the years leading up to the pandemic playing alongside acts such as Young The Giant and Hobo Johnson. His defining moment in the past year might be the release of his debut full-length, Death Of An Optimist, through Fueled By Ramen. The hopeful nature of “Rain” is an excellent follow-up to the record, showcasing the same vulnerable lyrics present throughout.

In a 2020 digital exclusive interview with Alternative Press, grandson spoke about his approach to Death Of An Optimist.

“I couldn’t in good conscience make an album that was honest but didn’t deal with my struggle,” grandson told Alternative Press. “What do I believe? While it is this concept album, it’s pretty personal with what I’m struggling with. Am I about to get onstage and really believe those things?”

The artists clearly have a lot more in common than being breakthrough pop sensations with a singular LP. Both musicians often make use of a wide range of instrumentation, emotionally charged lyrics and varying levels of high energy. “Rain” also contains just the right levels of fun and sincerity needed to make for a good soundtrack.

What do you think of “Rain” appearing in The Suicide Squad? Let us know in the comments below!