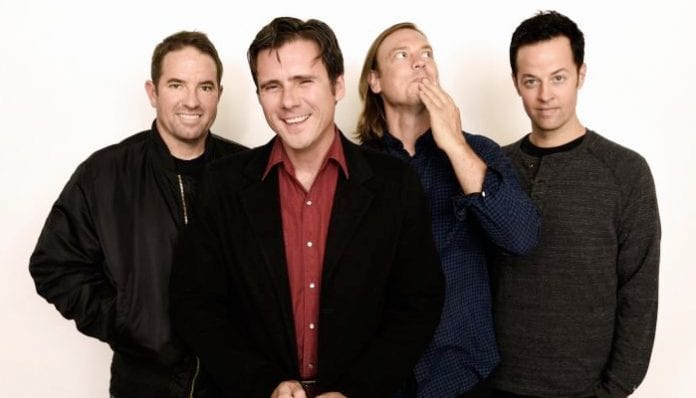 Fans have been anxiously awaiting a new record from Jimmy Eat World after only receiving a few singles and acoustics remakes since the release of 2016’s Integrity Blues.

Now we can definitely expect a new album sooner than later, especially after an announcement from drummer Zach Lind.

According to Lind, the album is done, dusted and ready to go. He announced the finished product today via Twitter and seemed pretty excited about it.

Lind also reminded fans that this is the band’s tenth album, with a very similar level of enthusiasm.

When asked which record was his personal favorite, Lind was torn, leading him to name a handful but not commiting to just one.

It depends. For me Clarity, Bleed, Futures, Damage, IB and new one are all up there. Couldn’t pick a fav.

A new full-length from the band is amazing considering they thought the release of Clarity in 1999 would be their last album.

In a heartfelt post on Instagram celebrating the album’s 20-year anniversary, the band reflected on the album and the emotional journey behind it all.

“When we made Clarity over 20 years ago, our head space as a band was a mixture of defeat and mischief,” the post reads. “After the total commercial failure of Static Prevails we knew that we were lucky to be given another chance by Capitol Records at making another album but we also knew that it would very likely be our last. It was like a last meal on death row. We loaded up our plate with string sections, timpanis, mallet instruments, and drum machines.”

Hopefully the album’s completion will fall in line with the band’s tour with Third Eye Blind this summer. Ra Ra Riot will hop on in support for the co-headliner. Tickets are on sale now with a full list of dates below.

Are you excited for a new Jimmy Eat World album? Let us know in the comments below.