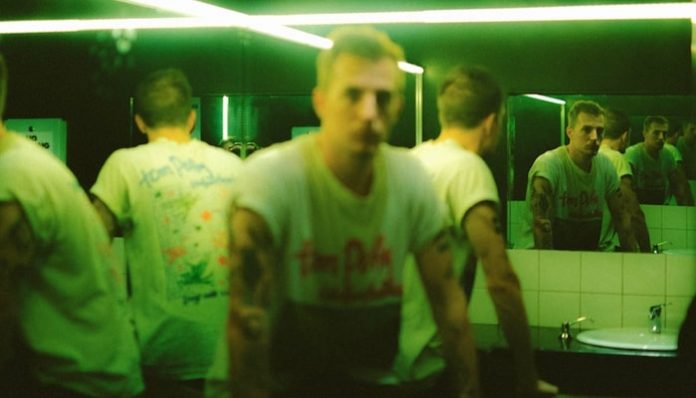 The Maine‘s John O’Callaghan is remaining busy during the coronavirus quarantine. And he’s making sure we have plenty of content to get us through. The iconic singer just revisited his side-project, John The Ghost for a new single “Rolled Down Window.”

Our last bit of news regarding John O’Callaghan and the Maine was their inclusion on the Sad Summer Festival tour with  All Time Low, the Story So Far, Movements, Yours Truly, Grayscale. As of late March, Sad Summer Festival is still intending to proceed as planned with the summer tour.

We also learned that the Maine drummer Pat Kirch and his wife Shacara Nemetz welcomed their first child, Charlotte Rose Kirch, back in March.

But now, we finally get to hear O’Callaghan’s signature vocals with a new track.

John O’Callaghan started his side project John The Ghost back in 2016. Before then, he was releasing material under the moniker Eagles In Drag.

O’Callaghan dropped the six-song EP Sincerely, John The Ghost on April 29 of that same year. It’s been nearly four years to the day now, and we finally have some new material.

Read More: My Kid Brother enter their own dystopia in their new music video “Daydream”

“Rolled Down Window” is a far cry from the more melancholic sounding tracks from Sincerely, John The Ghost, particularly from its hit, “Sour Grapes.”

“Rolled Down Window” is an upbeat, dance-y track, perfect for a summer party. Speaking on the dichotomy between the past themes and the new track, O’Callaghan says this song is addressing the past.

“This song is an open letter to my past,” O’Callaghan begins. “It’s probably not the sound you expected, but since you last heard from me so many unexpected things happened in my life. I gave my heart away for good and for the first time in a long time started to feel better. I hope it makes you feel any type of way. Enjoy.”

Listen to “Rolled Down Window” by John The Ghost below.

Drifting in the night with my taillights between trouble and me
The sign reads 65 But the horizon line’s all I see
And now I’m headed out west to escape my brain
I used to be a drag but that was yesterday
Oh, I’m running from that man but goddamn I never felt so free
And down the road, I’m singing

Hand out the rolled-down window
With the sunset on the West Coast and
Goodbye, so long my oldest friend
Take it easy I ain’t coming back again

Swerving in my lane sugar in my brain and breaking that speed
I’m dodging black and whites flashing blue and red behind me
I’m singing Mr. State Trooper well now please don’t stop me
I’m shaking on my sins and they almost caught me
I’m running from that man but goddamn I never felt so free
And down the road, I’m singing

Hand out the rolled-down window
With the sunset on the West Coast and
Goodbye, so long my oldest friend
Take it easy I ain’t coming back again

Tell us what you think of John O’Callaghan’s new song in the comments below!