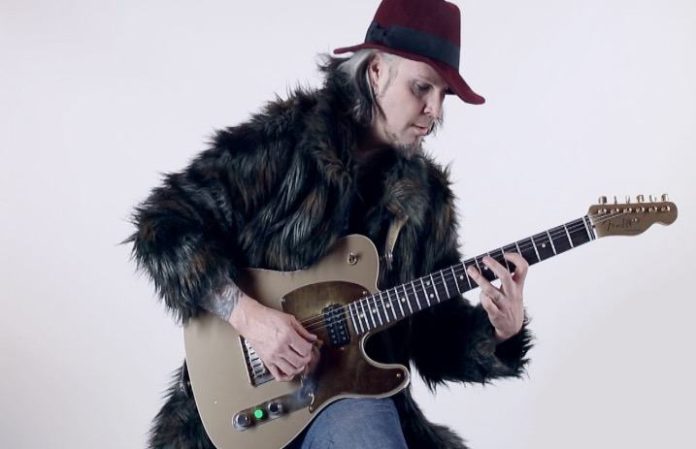 A look through super-guitarist John 5’s resumé looks like an overview of contemporary rock history. Before he cemented his world-class abilities recording and touring with bona fide rock stars as Rob Zombie, Marilyn Manson and David Lee Roth, the artist formerly known as John Lowery crossed playing paths with everyone from Cheap Trick’s Robin Zander to k.d. lang to Madonna to members of KISS to Judas Priest’s Rob Halford, as well as writing and playing with some of your favorite bands (Halestorm, Escape The Fate, Hollywood Undead). So when he stopped by the AP office for a brief chat, we knew he had some stories to tell.

But the story Jason Pettigrew really wanted to hear for Cautionary Tales was about Loser, the band 5 formed in 2005 who were signed to Island Records. The guitarist was signed for a substantial deal with the label, with no expenses spared and unlimited support from high-level executives. (Jay-Z was an advocate for the band.) The deal was far enough along that a record was finished and the promotional machine was ready to go. And then 5 walked away from it to take up Rob Zombie’s invitation to play that year’s Ozzfest.

“We got along so well. Thank God, that six-week tour turned into 13 years,” 5 says. “With Loser, I put my minuses and pluses together and…chose the pluses?” he adds, laughing. “I just thought, ‘I’m gonna roll the dice.’ I’m very careful about what I choose and what I do and don’t do. It’s very calculated. It’s not like, ‘Oh man, what am I gonna do? Let’s rock!’ I had two great situations. I had complete control. But that’s how much respect I had for Rob Zombie—not even knowing him yet. And that’s the honest-to-God truth.”

The deadly, shreddily 5 also dished on his dropping out of high school his senior year in Grosse Pointe, Michigan, to find fame and fortune as a session player; his first jobs, both professional and rent-paying (shades of Ferris Bueller’s Day Off); the first night he spent on tour with Manson (cringe-trigger alert) and how there’s absolutely nothing anybody can do to a guitar that will ever stop him from playing them. “When the turntable was the most popular product at Guitar Center, I was pretty terrified,” he says with a slight bit of urgency to his voice. “We need the guitar now more than ever!”