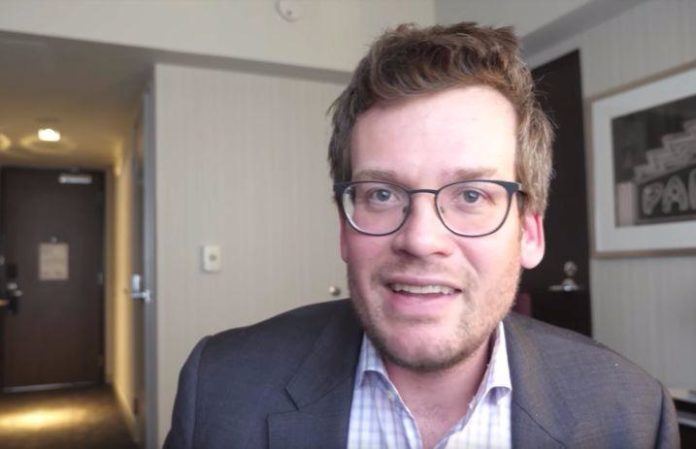 We haven't stopped crying over The Fault In Our Stars, and it looks like we'll be having more John Green in our lives soon enough. In a new YouTube video, Green announced that he'll be working with the same studio and production company, Fox 2000, to bring Turtles All The Way Down to life.

“Today, I get to announce that we're working with the same studio and production company that made The Fault In Our Stars and Paper Towns, and we're going to give it a try,” Green says.

After The Fault In Our Stars' success, and knowing Paper Towns didn't see as much success, he considered making that his last attempt at bringing a novel to the big screen.

However, he explains that for the last two months, he's been talking to Fox to see if there's a way to tell this story visually without relying on the old tropes that are usually associated with portrayals of OCD.

“The big challenge in Turtles All The Way Down was whether I could use language to find some sort of direct form or expression for obsessive thoughts rather than only relying on metaphor,” Green explains. “I wanted to try to give readers not only a sense of what OCD is like, but maybe at least a glimpse at what it is. Which is a profoundly non-visual thing.”

And they're aiming to bring that story to life on-screen—and we couldn't be happier for Green. However, fans aren't supposed to get their hopes up totally yet.

“That doesn't mean there's definitely going to be a movie, but that means there might be one,” Green says. “So now's the time to be inundating me with casting suggestions.”

Watch his video announcement below:

Turtles All the Way Down is about 16-year-old Aza Holmes, a high school student living with obsessive compulsive disorder, and her search for a fugitive billionaire.

Green has seen massive success in his previous films, earning $307.2 million globally for The Fault In Our Stars and $85.5 million for Paper Towns.

How excited are you to see Turtles All The Way Down on the big screen? Let us know in the comments below!