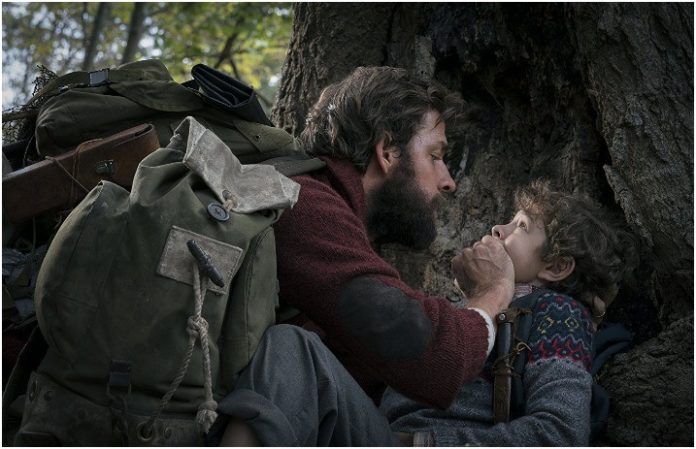 Although A Quiet Place sequel has been confirmed, we've yet to learn what it is going to be about.

Director John Krasinski shared his thoughts about the film and what he hopes the upcoming movie will explore.

Read more: A Quiet Place sequel is officially in the works

Krasinski spoke to Deadline about the film's sucess, explaining he wasn't hoping for the response it got.

“It’s only a short while since the movie came out, but already people are saying, ‘We want to live in this world more,’ which is really interesting,” the actor said. “I never really thought of it as an expanded world; I always thought of it as a one-off.”

As previously reported, Paramount’s studio chief Jim Gianopulos shared that the studio is moving forward with a sequel to A Quiet Place, during a press conference at CinemaCon.

Krasinki talked about what he hopes the upcoming sequel will focus on. “The thing that I loved in the movie,” he revealed, “was the question of who was on the other end of those fires, when the father lights the fire and in the distance those other fires light up. How did those people survive? How did that old man survive?”

“I think it would be interesting to see what’s going on elsewhere at this same time,” Krasinski added.

It hasn't be confirmed if Krasinski will direct the sequel but now we have an idea of what it could be about, in case he does.

Recently, Krasinski answered some questions about the movie, confirming the monsters are aliens from another planet. The planet had no light, so the monsters have no need for eyes in order to hunt, just an acute sense or hearing.

“The idea is, if they grew up on a planet that had no humans and no light, then they don't need eyes. They can only hunt by sound,” Krasinski explains. “They also develop a way to protect themselves from everything else—that's why they're bulletproof.”