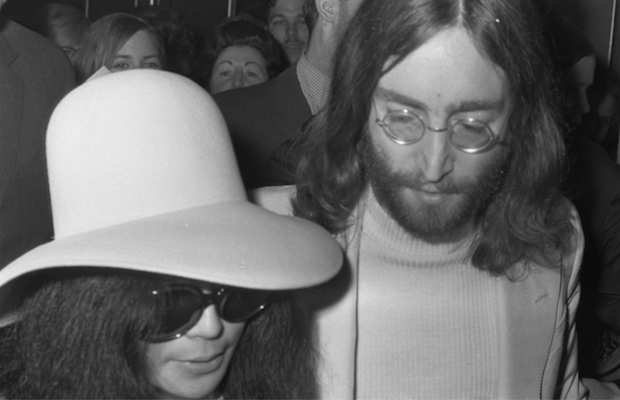 One man got more than the gift of music when he bought a vinyl for a few dollars—a protest letter, written by John Lennon addressed to the Queen of England, in the record's sleeve (via CNN).

Read more: LEGO is giving the Beatles and their Yellow Submarine an exclusive set

Here's the history: The Beatles were presented with a medal from Queen Elizabeth II in October 1965.

Lennon ended up returning his Most Excellent Order of the British Empire (MBE) medal four years later to protest the country's international affairs (involving the Nigerian Civil War and the Vietnam War) and the fact that “Cold Turkey,” a song by Plastic Ono Band, fell on the UK's music charts. The MBE is awarded to those who excel in their fields.

“Your Majesty, I am returning this MBE in protest against Britain's involvement in the Nigeria-Biafra thing, against our support of America in Vietnam and against Cold Turkey slipping down the charts,” CNN transcribes from the letter, which was signed with “John Lennon of Bag.”

Defined by Lennon and his wife Yoko Ono, “bagism” was part of their peace campaign aimed to “break down stereotypes and eliminate prejudice,” according to CNN.

Coincidentally enough, the letter was found exactly 51 years after the Beatles received the MBE medal.

“You can quite clearly see that the signature in this letter has been smudged. My theory is that John Lennon never sent this draft because of the smeared ink,” music memorabilia expert Darren Julien says to CNN. “If you're writing to The Queen, you want the letter to look pretty perfect, you don't want the ink to be smudged. This suggests that he wrote a second version of the letter, which was the one that was actually sent to The Queen.”

Originally bought at a used-item sale, the man—who wishes to stay anonymous—found the record, and subsequently the letter, in his attic.