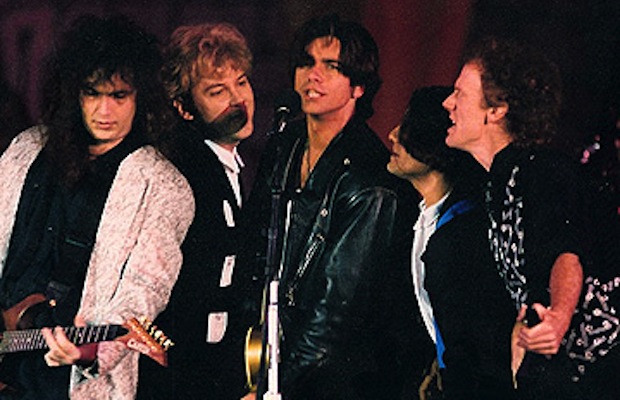 John Stamos, who is best known for his role as Uncle Jesse on Full House, will be reuniting with the character's band, Jesse and the Rippers.

Their performance follows Fall Out Boy who will be Fallon's musical guest Thursday, July 18 at the same time.

Although no real confirmation has been given for what the reunited band will play, Stamos recently posted an Instagram video of him recording the Full House theme song, “Everywhere You Look” by Jesse Frederick, in a studio.

Check out a music video of Jesse and the Rippers performing their single from the show, “Forever,” below.