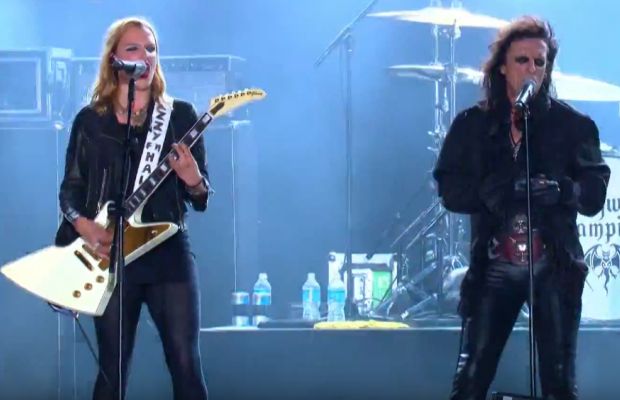 While performing at Rock In Rio this week, Halestorm's Lzzy Hale joined Johnny Depp and Alice Cooper's new supergroup, Hollywood Vampires, on stage, which also features Aerosmith's Joe Perry and more. Below, you can watch the crazy lineup perform a cover of Led Zeppelin's “Whole Lotta Love,” the classic opener to the band's 1969 album, Led Zeppelin II. The crowd is massive, the band sounds great and Johnny Depp looks like he just got off the set of Pirates Of The Caribbean.