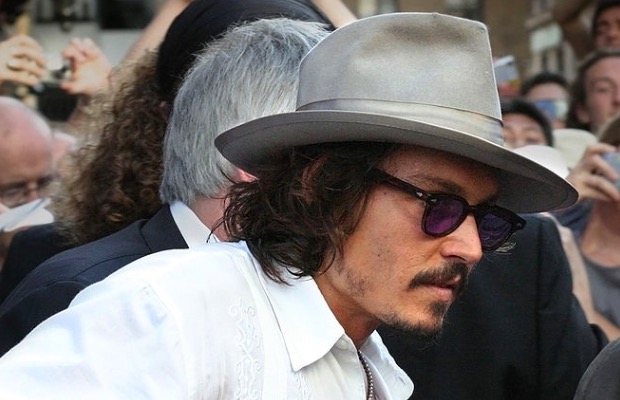 In a recent interview with the Sydney Morning Herald, Johnny Depp divulged some stark thoughts on actors using their notoriety to launch musical careers. “That whole idea for me is a sickening thing, it's always just made me sick,” claimed Depp. “I've been very lucky to play on friends' records and it's still going. Music is still part of my life. But you won't be hearing the Johnny Depp Band. That won't ever exist.”

“The kind of luxury now is, anybody with a certain amount of of success, if you have a kind of musical being, you can go out and start a band and capitalize on your work in other areas,” he continued. “But I hate the idea, 'come see me play the guitar because you've seen me in 12 movies'. It shouldn't be [that way]. You want the people who are listening to the music to only be interested in the music.”

Despite these comments, however, music did take up some of Depp's time in 2014. As he touched on in a quote above, the Edward Scissorhands star contributed to Butch Walker's impending studio album, Afraid Of Ghosts, had a jam session with Paul McCartney and even joined Marilyn Manson on stage.

So, what do you think? Is Depp right? Should actors and actresses refrain from launching musical careers? Leave us a comment with your thoughts!