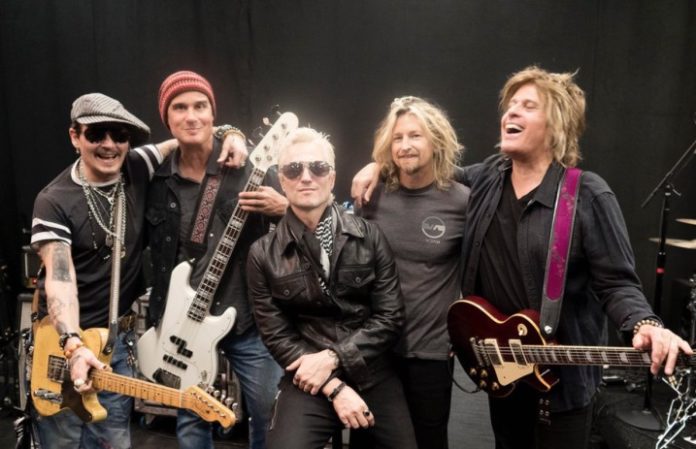 Depp, who plays the guitar, joined the rock band in their performance of “Sex Type Thing” and a cover of MC5’s “Kick Out The Jams.” MC5’s Wayne Kramer also joined in during the latter.

The actor has become good friends with the band as he plays with bassist Robert DeLeo in their supergroup Hollywood Vampires. The group, who formed in 2015, also consists of Alice Cooper, Joe Perry, Guns N' Roses bassist Duff McKagan and drummer Matt Sorum.

A few days ago, DeLeo posted a photo of the band with Depp to his Twitter captioned: “Had a dear friend come by yesterday for the last @STPBand rehearsal,” so Depp's cameo seemed to have been planned.

Had a dear friend come by yesterday for the last @STPBand rehearsal… photo by @RossHalfin pic.twitter.com/dsZKigZ4bx

Watch the performance below:

.@STPBand kicking out the jams with Wayne Kramer of the MC5 and Johnny Depp…����#StoneTemplePilots pic.twitter.com/XLTLK9BRaP

Depp has been working in the music industry a lot lately, collaborating with Marilyn Manson on various videos and projects. Depp most recently made appearances in Manson's “SAY10” and “KILL4ME” videos from his current album Heaven Upside Down.

Manson took to Twitter to say that “Johnny Depp is considering a position on guitar.”

Did you enjoy Johnny Depp's performance with Stone Temple Pilots? Let us know in the comments!