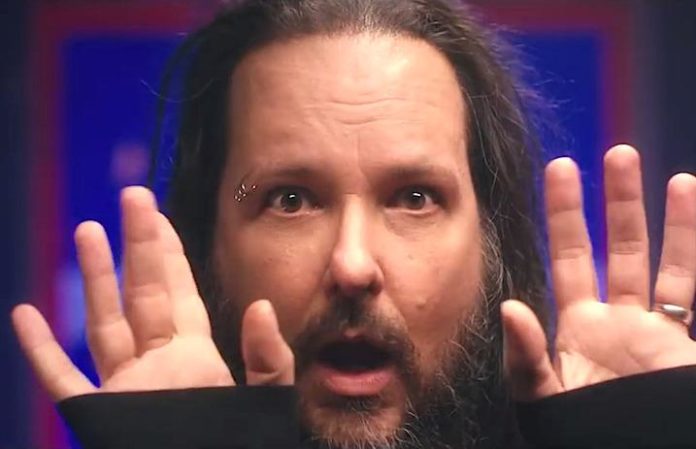 The hills are alive with the sound of… metal music theater? Yes, indeed! While promoting his debut solo album Black Labyrinth, out May 25, Korn frontman Jonathan Davis has said he someday wants to write a “dark, metal” musical.

But aren't musicals lame? Well, maybe, but we're sure any Hamilton devotee would offer a hard disagree. Regardless, Davis says his proposed musical wouldn't be one of those “stupid-ass” stage shows, it'd be more “fucked up.”

Well, we're definitely intrigued! During a recent interview with Kerrang, the Korn singer and solo musician let drop his metal-musical aspirations, saying he once actually brainstormed the idea with Hellraiser creator Clive Barker.

“I would love to write a musical!” Davis says. “A long time ago, I was talking to Clive Barker about doing a dark, fucked-up musical, but people get busy and it didn't happen.” He adds, “It’s definitely on my bucket list to do a really dark, metal musical—not some stupid-ass one.”

A metal musical from the minds of Jonathan Davis and Clive Barker? This just gets better and better with every detail. It sounds like it could actually be some sort of horror-meets-metal-music play! Anyway, count us in on this.

Would you see a musical written by Jonathan Davis? What do you think it would be like? Should he do a Hellraiser play?! Make sure to check out the new music video for J.D.'s latest solo single, “Basic Needs,” down below.

Get Davis' upcoming tour dates after the vid: