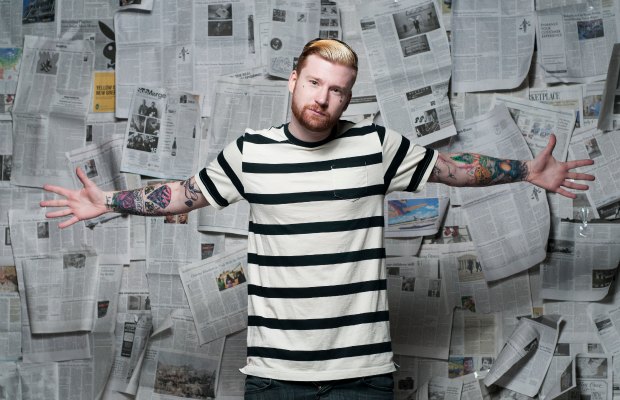 Earlier this morning, three new videos of Jonny Craig appearing to engage in drug use surfaced online. The videos first surfaced on the blog Stuff You Will Hate, after who appears to be Craig’s ex-girlfriend, Amanda, uploaded them to her Instagram account.

The ex-girlfriend in question quickly deleted the videos off her Instagram, claiming in a tweet, “Apparently accessing wifi publicly puts your entire hard drive at risk.” It appears she was blaming the videos being released on her being hacked or something of the sort. (The Tweet has since been deleted.)

Despite her deleting the videos from Instagram, they were uploaded to YouTube and viewable for a brief period of time, before being pulled down yet again.

We reached out to Craig’s management at the Artery Foundation, and we were told that the videos were “obviously really old” and were uploaded by someone who has “gone completely crazy on him, threatening to kill herself.” We were also told that Craig has been on a narcotic-blocking medication for some time which if used correctly would prevent him from getting high. Read a statement from Craig's managment below:

“These are obviously really old video's as well. He has recently went through a bad break up with his girlfriend of the past couple of years and she has gone completely crazy on him threatening to kill herself, and doing whatever she can to harm him, etc. JC has been on a medication called suboxone for quite some time which is a narcotic blocker which doesn't even allow him to get high.”

Upon waking up and hearing the news, Craig immediately posted a video to his Instagram account, which you can view below, saying that he was headed to the Artery Foundation’s office to take a drug test and prove to everyone that he’s not using. Craig pointed out that he was wearing different clothes than he was in the three videos.

In all three of the now-deleted videos, Craig did not yet have his new face tattoo—the one above his right eye. Craig posted a photo of him getting that tattoo on March 15, 2014. So what that tells us is the videos are at least older than March 15 of this year, since he did not yet have that tattoo.

Craig is planning on posting another video update soon. We remain in contact with his management and will keep you updated.

Im done with this drama once and for all.

It's sad she just can't let go but I'm not letting her hold old videos over my head.

Time and date. Readyyyyyyyy to see me pee pee?!!? http://t.co/odTuMBIipY

UPDATE #2: Craig has now posted a very detailed video of himself taking the drug test—and passing. Watch the video below: