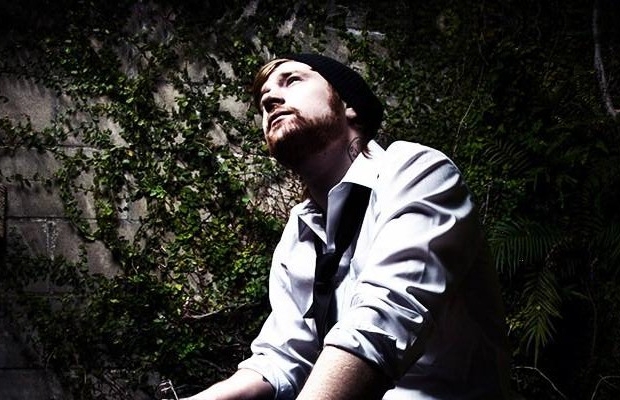 Unsubstantiated reports overnight of Jonny Craig's current location and mental state remain pure speculation at this point. It all started when this anonymous blog appeared, with leaked, undated photos of Craig allegedly using heroin and anonymous accounts of Craig's present whereabouts and state of mind.

The blog claims Craig is currently in Canada trying to avoid extradition back to the United States, is still using drugs and has once again been fired from Dance Gavin Dance and released from Rise Records as a solo artist. Again, we must stress that these are anonymous accounts and that the photos on the blog are undated; all accounts remain speculative at this point until someone is willing to go on the record. With that said, here's the highlights from the account:

“Jonny Craig was flown out to record a song, but showed up in an extremely unhealthy state. Craig was constantly bleeding from scabs that were most likely caused by heroin injections. Craig later revealed that he had been more or less homeless and was staying at a hotel that was being paid for by Dance Gavin Dance.

Constant issues continued while Craig was in the studio including excessive heroin use and poor vocal takes.

The source spent thousands of dollars on paying for flights for Craig, meals, living, and other arrangements. The source tried multiple times to get Craig help, but Craig always neglected and continued using drugs.

Craig also made multiple jokes about scamming fans out of money for things like food and cell phone bills in order to buy drugs.

When the source tried to fly Craig back out, Craig claimed he missed a flight due to being in a car crash with his mother. When the source contacted Craig’s mother, she said that she had no idea of the situation or Craig’s location.

After Craig was released from jail he was given the option to have parole for a year in addition to taking drug classes and weekly drug tests. Craig had until last week to comply to the court order, but failed to meet it. Will Swan from Dance Gavin Dance confirmed this to the source.

Craig is now in Canada. The source has stated that Craig’s ex-manager confirmed a warrant out for Craig’s arrest and believes he may never return to the United States due to facing jail time.

Swan also told the source that they were hoping to finish one last tour with Craig before reevaluating the entire situation, but the band never was able to get to that point.”

The source would like to stress that he spent thousands of dollars trying to help Craig, but failed due to Craig’s drug addiction.”

Rise Records could not verify the writer of the blog and had no further comment. We're awaiting replies from Craig's management team and publicist, and will pass on any new information we receive. Keep checking this post for official updates.

UPDATE 12:13 PM ET: Rise Records could not confirm that Craig had been fired from DGD or dropped from the label as a solo artist. Keep checking this post for further updates.

UPDATE 6:31 PM ET: Dance Gavin Dance just released this statement, confirming that Craig is still in the band but will not be joining them on their upcoming tour:

“As some of you have heard today, Jonny Craig will not be doing the upcoming tour with Dance Gavin Dance. Jonny is very sick right now, and needs to do what he can to get better. Being on the road is no place for someone in his position right now. He needs to focus on fixing himself. He has NOT been kicked out of Dance Gavin Dance, but we cannot tour with him in the current state he is in. We still want to continue being productive and playing music that we have so much passion for, which is why we decided to continue with the tour without Jonny. We love Jonny and we hope that Jonny can do what he can to get better, because we have done everything that we can to try to get him clean.

For this upcoming tour with A lot Like Birds, we will be joined by Kurt Travis and Matt Geise to fill in on vocals. We will be doing something that we've never done before, and thats preforming songs from all 4 full-lengths. For the time being, keep your eyes peeled and your ears piqued for new Secret Band music! See you all out on the road and make sure to come up and say hi to us at the merch table!”

UPDATE 7:11 PM ET: Altpress.com has obtained some new information regarding the Jonny Craig situation. According to a conversation we had with the anonymous Tumblr user who leaked the photos of Craig allegedly using heroin, the photos were taken in December 2011. The source also claims that Craig is living in Abbotsford, a city outside of Vancouver, British Columbia, Canada. Check out excerpts from our conversation below:

“Those [the leaked photos] are actually from December. Mid-December. I knew for a fact he has still been using. He’s admitted to me multiple times since he’s been in Canada when I was sending him money for stuff.

I have probably spent about $10,000 dollars on him. A lot of that is stupidity on my part. I literally just did everything I could to try and help the guy. He was homeless and living in a hotel that DGD was paying for. They ended up sick of him. He had a job at Hot Topic that he kept for like a week and he said he walked in and asked for a job and they immediately gave him the job. He said he worked there for a week or less and then just never went back.

Apparently from what he told me, his plan was to move in with us and get clean. I booked him a flight. In total, I booked him three flights all together—he missed all three including the last one that was two days ago. After the first one, I didn’t have to pay too much because he missed the flight, he made up a story and told them a family member died, so he got the flight credits back. The only thing I ended up having to pay was $150 to claim the credit. He told me the other day, 'Before I go I need $200 to switch my phone over to my name.' Immediately after dealing with him, I’m thinking he just wants to get high before he gets on the plane. I didn’t want to send it to him, but he was like, 'I’m not going to get on the flight if I can’t get my phone.' And I already had the flight booked, so I said fuck it and sent it to him. Right after I got done, I was like 'Look, you have the money.' Tell me whether you’re going to get on this flight or not. If you’re no, at least tell me, so I don’t have to freaking drive all the way there and waste my time. He was like, 'No man, I’m getting on—it’s a for sure thing.' So I go there, wait for him, and he never shows up.

Later on that night after the flight was gone and I was pissed off, he was like, 'Hey man, sorry. Me and my mom got in a wreck.' So I’m Facebook friends with his mother and sent her a message, but she ended up responding and said she did not take him to the airport and hadn’t heard anything about him coming to where we are. I was like, 'Wow.”

So, he had been telling me the entire time, 'I’ve got royalties coming in, so I’ll pay you back.'

After hearing so much of what he’s taken from people and everything with the scam and then just everything that has happened between me and him, I just decided it’s pretty bad. I never expected things to blow up the way they did, honestly, but I guess like I’ve said before—it’s time for people to really see the truth. The biggest thing that I want people know is that he is human. Not everyone is addicted to heroin, but this is part of the culture. The point of me posting it wasn’t just to say “Hey, he’s still on heroin,” but to show he’s still scamming his fans and hurting the people that do support him. I feel like it’s gotten to the point that he could potentially die soon. He had no money. The only way he was getting money was from me and all these other people and crazy stuff. He was telling me he had no money for Christmas presents and he called me up crying, how he doesn’t want to look bad in front of his family and I was like, “How is this my problem?” It’s rough seeing and hearing a grown man cry and beg you for money.”

We'll keep you updated as more details emerge; keep in mind that the source remains anonymous at their own behest. Everything here should be taken as pure speculation until someone from Craig or DGD's camp is willing to go on the record.