Jordan Peele‘s highly-anticipated, psychological horror Us is slated to hit theaters on March 22 after scoring some rave reviews at its SXSW premiere. Ahead of the film’s theatrical debut, the soundtrack drops on March 15 via Back Lot Music. The 35-song Us (Original Motion Picture Soundtrack) will include composer Michael Abel’s film score, the SUPER creepy “I Got 5 On It” track from the trailer, and more!

Check out the full soundtrack below!

The release of the Us trailer back in December had fans terrified enough, but it was the track playing in the background that was giving everyone nightmares.

The trailer was already scary as hell with the family fighting off their own doppelgängers, but when you pair the terrifying scenes with a remix of Luniz’s “I Got 5 On It” you ended up with a whole new level of creepy that none of us were ready for.

And Peele knew exactly what he was doing, claiming the inspiration for such a track actually came from Nightmare on Elm Street.

“That song, it came pretty simple,” he said in an interview with Entertainment Weekly. “I’m making a movie in Northern California, that’s a bay area hip-hop classic and I wanted to explore this very relatable journey of being a parent [and] maybe some of the songs you listened to back in the day aren’t appropriate for your kids.

So that was one level, and another part was, I love songs that have a great feeling but also have a haunting element to them and I feel like the beat in that song has this inherent cryptic energy, almost reminiscent of the Nightmare on Elm Street soundtrack. So those were the ideas that that song hit the bulls-eye on for me, and also, it’s just a dope track.”

If you need a reminder of the track, check out the trailer below.

“I Got 5 On It” by Luniz is just one of 35 tracks on the official Us soundtrack. The song will also appear alongside music from Janelle Monáe, and Minnie Ripperton.

Check out the full tracklist and cover art, below! 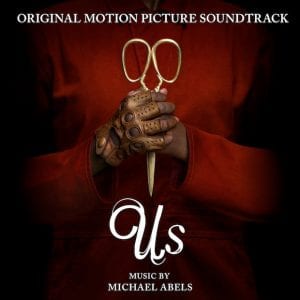 Are you excited for Jordan Peele’s Us to hit theaters? Sound off in the comments below!