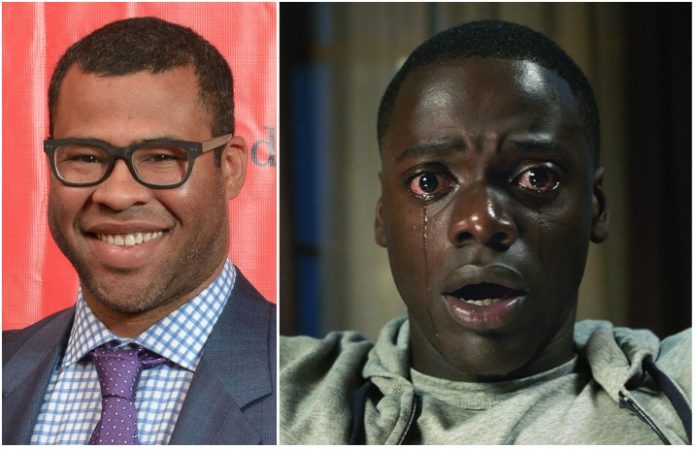 Comedian and filmmaker Jordan Peele has some amazing reactions to his psychological horror film Get Out's four Oscar nominations, including one for Best Picture, that were announced by the Academy this morning.

Read more: You can take an online film class about 'Get Out'

Get Out's strong showing at the box office and healthy critical response (including a rare but fleeting 100-percent rating on Rotten Tomatoes) already landed the movie on a bevy of top 10 lists for 2017. As of Tuesday morning, the Academy Of Motion Picture Arts And Sciences nominated Get Out for Best Picture of the year at the 2018 Oscars, as well as Best Director, Best Original Screenplay and Best Actor for leading man Daniel Kaluuya. Peele took to Twitter to show his appreciation, posting a perfect GIF and more—see below.

“What's the opposite of the Sunken Place?” Peele asks his followers after sharing the signature image of Kaluuya as Chris Washington in his tearful trance, referencing Get Out's pseudoscientific neurological hollow. “I just spoke to Daniel,” he continues. “You know when you're on the phone trying to disguise the sound of an ugly cry? I failed at that.” Peele takes time to thank “everyone who bought a ticket and told someone else to,” saying, “You did this. Thank you,” appending the post with a celebratory raised fist emoji.

As reported by MTV News, Peele now holds the rare distinction of being the third person ever to nab Oscar nominations for best picture, directing and writing for his first feature film as director—in addition to being the first black man to do so. You can see how Get Out fares against the moviemaking competition when the 90th Academy Awards airs live on CBS Sunday, March 4.

See all of the 2018 Oscar nominees here.

What’s the opposite of the Sunken Place?

I just spoke to Daniel. You know when you’re on the phone trying to disguise the sound of an ugly cry? I failed at that.

Right now I’m just thinking about everyone who bought a ticket and told someone else to. You did this. Thank you. ✊��