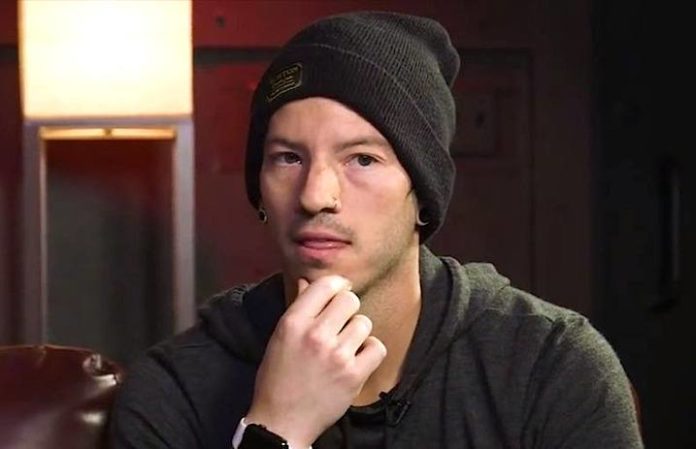 Twenty One Pilots' Josh Dun goes deep on his love of drums in an expansive new interview with Sweetwater Sound, revealing his first drumming aspirations and offering some helpful tips for drummers just starting out on the road to sick beats. Watch the entire in-depth interview below!

The half-hour interview was filmed at Sweetwater's headquarters in Fort Wayne, Indiana—just a stone's throw from Dun's home base of Columbus, Ohio—and it offers an insightful overview of the 21p drummer's career beginnings and continued passion for his instrument of choice.

Speaking to Nick D'Virgilio, Dun remembers when he first began playing drums at age 12, heading to the music shop to figure out his first beats. “I used to walk to the local music store” Dun recalls, “and I would play the electronic drums there, and just have the headphones in, and kinda live in that world for a few hours a day, until the sales guys were just like, 'We gotta try and sell these things, so if you can either buy 'em or get out.' And I wasn't in any place to buy those drums. But I had such a blast trying to just kinda figure it out.”

Dun continues, “And then one day, I figured out how to play my first drum beat. And at that moment, I took out the headphones and I plugged in the speaker 'cause I didn't care who heard me playing the drums.” The moment, a turning point for Dun, was “one of the coolest [things]. That, to me, was—I knew that I wanted to play the rest of my life.”

The musician also gives some pointers for novice drummers hoping to make it big, saying, “There isn't one specific formula that will get you from this point to this point… The way I did things as a drummer may not work for someone else, and the way that they did it wouldn't work for me. I think a lot of it is realizing you have that passion first—which I remember, when I felt that, was one of the coolest feelings. That was something really special to me and something I felt was truly worth pursuing and working hard at.

“Whether or not it became successful,” he adds, “I knew it was what I wanted to do.” Watch Dun's extensive interview with Sweetwater Sound right here:

What do you think of Dun's insightful new interview? Will we see a new 21P release in 2018? We've already waxed expectant about it in Our Most Anticipated alternative releases of 2018 list—check it out!