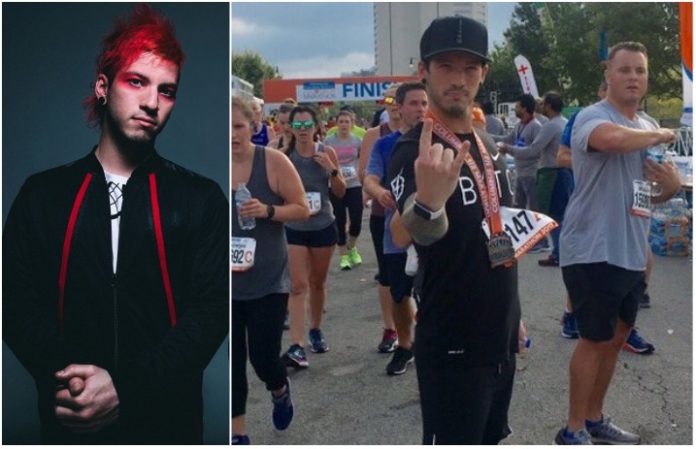 Twenty One Pilots drummer Josh Dun got in a workout for a good cause this weekend! The musician ran in the Columbus Marathon, which benefits the Nationwide Children's Hospital in Columbus, Ohio. Check it out!

More specifically, Dun ran in the half-marathon event, which took off from Columbus' North Bank Park bright and early on Sunday morning, Oct. 15. As reported by WBNS-TV, a pic of Dun with a medal around his neck was tweeted by the race's Twitter account later that day, noting that the drummer “took a 13.1 mile run around [Columbus] today.” See the tweet below!

Interested in seeing Dun's full race results? Take a look right here. It seems the Twenty One Pilots percussionist finished with a time of 1 hour, 44 minutes and 46 seconds—an average pace of 8 minutes per mile. Not bad!

Meanwhile, Twenty One Pilots still appear to be laying low following the whirlwind touring schedule behind 2015's Blurryface. When will we see a new 21P release? We're not sure, but maybe Dun will continue running until then.

And, yes, congrats to Josh Dun on the excellent run! Have you ever participated in a marathon or half-marathon? Do you think you could beat Dun's half-marathon finish time? Sound off in the comments section!