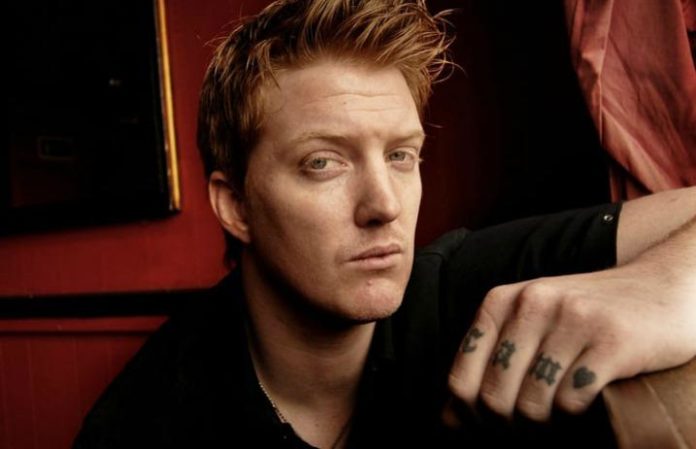 Josh Homme may want to be a good man, but his mistakes are still haunting him.

NME reported the BBC is going to suspend two episodes of its kids show Bedtime Stories featuring the Queens Of The Stone Age vocalist after he kicked a female photographer in the face.

Homme had already participated in the UK show in October, in which celebrities read popular children's bedtime stories. The episode that aired showed the QOTSA frontman reading Zog by Julia Donaldson. The remaining pre-recorded segments featuring Homme have been put on hold for the foreseeable future.

The incident happened during the band's concert at KROQ's Almost Acoustic Christmas on Dec. 9. Homme kicked Shutterstock photographer Chelsea Lauren while she was shooting the set.

“Josh was coming over and I was pretty excited, I’ve never actually photographed Queens Of The Stone Age before, I was really looking forward to it. I saw him coming over and I was shooting away,” Lauren stated. “The next thing I know his foot connects with my camera and my camera connects with my face, really hard. He looked straight at me, swung his leg back pretty hard and full-blown kicked me in the face.”

After Lauren shared the story, Homme issued an apology through Twitter and, later, posted videos on Instagram discussing the incident.

In the videos, he says: “I want to be a good man, but last night I definitely failed at that. That means I failed my friends and family as well. I never want them to feel ashamed of being around me or knowing me.”