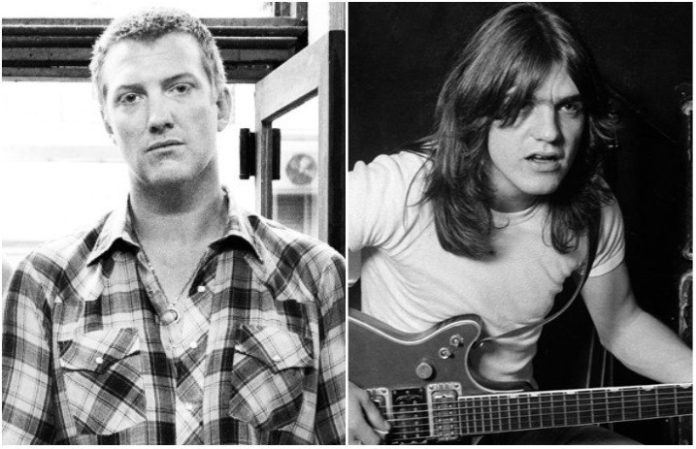 Josh Homme is recalling how AC/DC's Malcolm Young inspired his guitar playing when starting Queens Of The Stone Age. Young, the rhythm guitarist and co-founder of AC/DC, died on Saturday at the age of 64.

Read more: Watch QOTSA's Josh Homme break up a fight at a show

As reported by NME, Homme tells Mojo about his early attempts to imitate Young's technique when first assembling his current act, following his time in bands Kyuss and the Screaming Trees, but before QOTSA's first album.

“I wanted to see what it was like when you just played one thing until you got lost in a trance,” says Homme. “One note is so much more difficult than 50. That’s what I learned in [the Screaming Trees] because I was playing rhythm. I was trying to play like Malcolm Young, trying to play a riff like a robot.”

Apparently, Homme's “robot rock” hopes were slightly dashed when a QOTSA crew member and confidant exposed the musician to the mechanical sounds of pioneering krautrock records and one forward-thinking post-punk group.

“I had the first Queens record written, this robotic trance stuff, and then my friend Hutch, our sound man who has turned me on to so much music… plays me Can, Neu!, Wire… I was like, 'What?' Really disheartened.”

Young's death on Nov. 18, after a battle with dementia, prompted a cascade of tributes to the AC/DC guitarist, including that of his bandmate Brian Johnson, the Australian rock band's lead vocalist from 1980 until 2016.

“For 32 years, we stood side-by-side on stage,” Johnson remembers of the renowned guitarist. “I am saddened by the passing of my friend Malcolm Young; I can't believe he’s gone. We had such great times on the road.”

Listen to QOTSA's latest single, “The Evil Has Landed,” below.

Watch more: Citizen reveal the inspirations behind their album artwork