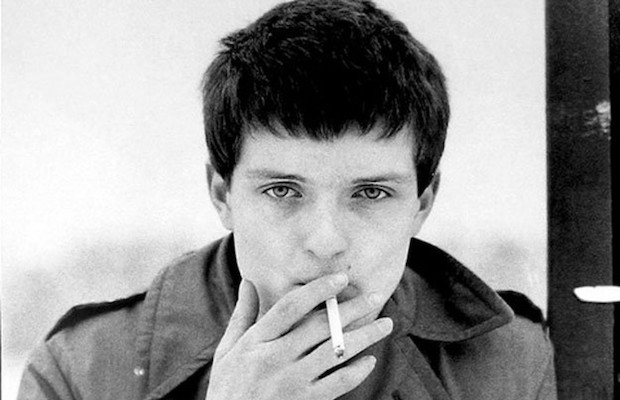 Late Joy Division singer Ian Curtis became the topic of music news this week, when his former kitchen table sold on eBay in the UK for £8,400, or nearly $13,500 U.S.

Though music memorabilia sales are not uncommon, this particular instance has become a controversial one.

The table itself (seen below) was in the very kitchen where Curtis hung himself on May 18, 1980, at the age of 23. Though it has apparently changed hands multiple times over the years, media reports of its recent sale upset the singer's surviving wife and daughter, Deborah and Natalie Curtis. Though the seller, Tel Harrop, named the two among individuals who had authenticated the item (though admitted it was through e-mail correspondence, not specifically meant to authenticate), Deborah and Natalie issued a statement calling its sale and subsequent media attention “distasteful and upsetting.”

Two of Curtis' former bandmates, Bernard Sumner and Stephen Morris, who, after the singer's death, went on to form New Order, chimed in as well, with a joint statement, along with the Curtis family, to NME. Read it below, in full:

“Joy Division original members Bernard Sumner and Stephen Morris would like to lend their voice of support to Deborah and Natalie Curtis, who have been caused great distress over media reporting of the sale of the table originally owned by the family, and currently being auctioned on eBay.

Deborah and Natalie would like to point out that the sale of this table has nothing whatsoever to do with them. The table was sold along with the house in 1980 and Natalie has never signed any authentication document. Furthermore, they consider the sale of a personal family item, and the subsequent media reporting, to be distasteful and upsetting.”

Harrop, an avid Joy Division fan and collector, maintains that he listed the table with good intentions, and is upset by all of the negative attention surrounding the auction.