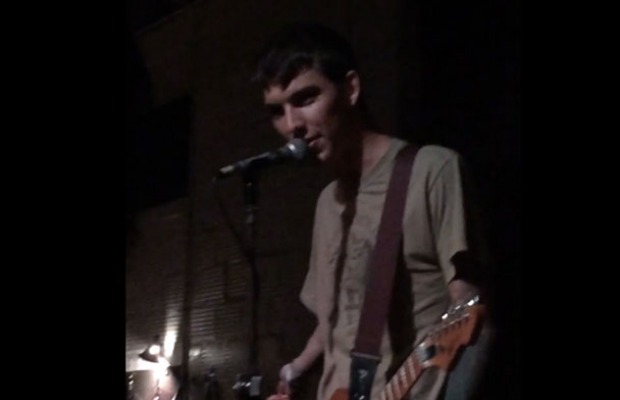 Joyce Manor released a statement over the weekend after clashing with a second stage-diver at a show in Houston, Texas. During the band’s performance of “Constant Headache,” frontman Barry Johnson once again cut the song mid-performance and then called the stage-diver a “patriotic straight edge piece of shit.” (See video below.)

Shortly after the incident, Johnson took to the band’s Facebook to release a statement:

I wasn’table to watch people being hurt so I asked people not to act in the way that was hurting people. If that means you don’t support the band, I respect that. If you don’t want to attend the shows, we respect that. If you’ve bought a ticket to the show and want your money back because you want that to be your experience, we will refund you.

I don’t have an issue with anyone’s lifestyle. I apologize to losing my cool in Houston. I saw someone whose full intention was to harm people and was upset.

I look forward to playing music in a safe environment for everyone from here on out.

Prior to the incident in Houston, Johnson had shamed another stage-diver onstage and then went on a Twitter rant. You can watch video of both altercations below. Let us know your thoughts.