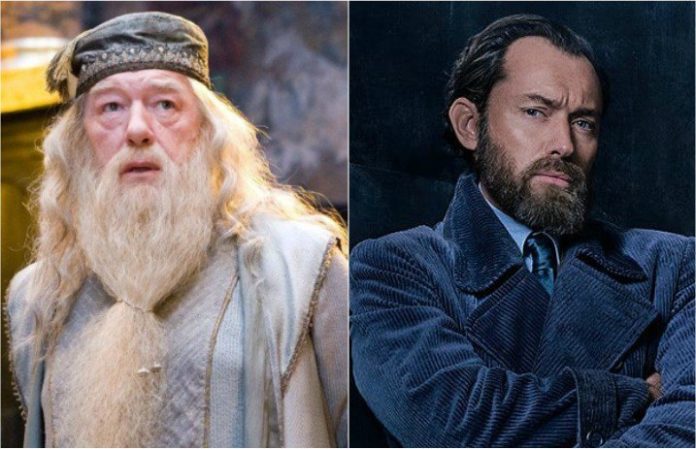 What better way to prepare for taking on the role of young Albus Dumbledore than to talk with the creator of the magical series herself?

Read more: This ‘Harry Potter’ reunion at the Golden Globes was magical for Potterheads

Jude Law, who is set to play the younger verison of Dumbledore in the upcoming sequel to 2016's Fantastic Beasts And Where To Find Them, went directly to J.K. Rowling in order to prepare himself for the iconic role.

Meeting for a quick interview with Entertainment Tonight's Carly Steel at the 2018 Golden Globes, Law revealed that he sat with Rowling to discuss what she would like to see in the younger verison of the famous wizard.

“Do you know what I did? I sat in a room for an afternoon with J.K. Rowling, and I listened to her extraordinary words of wisdom,” Law says.

“She was kind enough to share with me the whole backstory and her future hopes for this young character of Dumbledore and really that set me on the path. I just did what the writer said.”

Listen to the interview in full below:

While Law didn't reveal anything further about his role for the upcoming sequel, we're pretty excited to see what his plans are for Dumbledore.