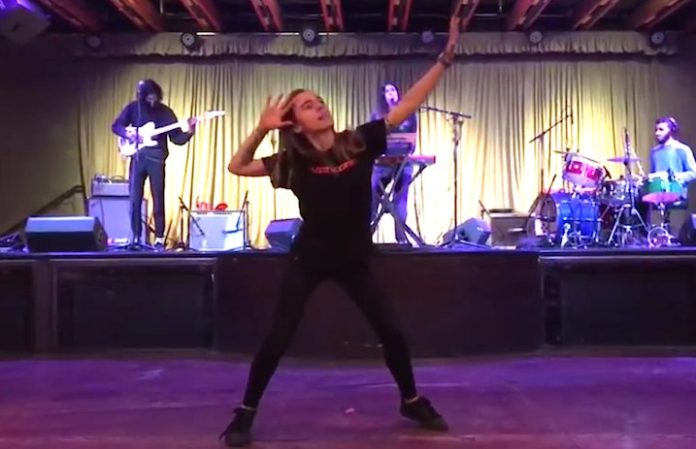 We can't think of a better way to start the new year than by watching this video of Julien Baker dancing to Half Waif's live performance of “Severed Logic”! Put on your dancing shoes and check out the ebullient clip below.

As pointed out by Stereogum, Baker—the Matador Records singer-songwriter who hit new heights on 2017's Turn Out The Lights—isn't exactly known for joyous undertakings, being more identified with a style of somber artistry thanks to wistful numbers like “Appointments” and her sophomore album's title track. However, that didn't stop the musician from totally getting down to tour-mates Half Waif's bubbly but melancholy single “Severed Logic.”

Commence 2018 in a state of pure joy as Baker dances up a storm in the “unofficial” live video for the Half Waif tune. She enters frame at about the 1-minute mark, cutting loose as “Severed Logic” shifts gears into its loping, sinewy beat. “I'm so aware of all my moods,” sings Half Waif's Nandi Rose Plunkett at the top of the track—and we're fully aware of our mood right now: jubilation. Seriously, we dare you to watch this without a smile on your face.

The groovy tune comes from Half Waif's EP form/a, released on Cascine in February of last year—you can grab it on Bandcamp right here.