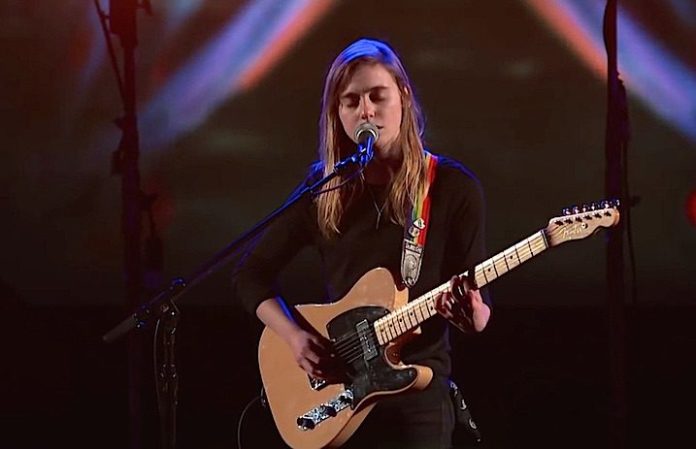 [Photo by: The Late Show With Stephen Colbert/YouTube]

Julien Baker wooed the studio audience at New York's Ed Sullivan Theater into a quiet awe last night with her magnetic performance of “Turn Out The Lights” on The Late Show With Stephen Colbert—watch the video below.

Getting back to business after ringing in the new year with a joyful dance routine in her pals Half Waif's video for “Severed Logic,” the singer-songwriter delivered a faithful rendition of the title track from her recent studio album. The performance was Baker's first time on late night television, after playing a couple tunes on CBS This Morning late last year.

If you haven’t been yelled at by one of the greatest living scientists for your terrible selfie skills and proceed to use a wonderful musician as a human shield you haven’t lived. Watch @colbertlateshow tonight to see none of this. But you may see terrible dancing and other talk show tomfoolery with yours truly ��

Read more: Musicians dish on the best live bands of all time