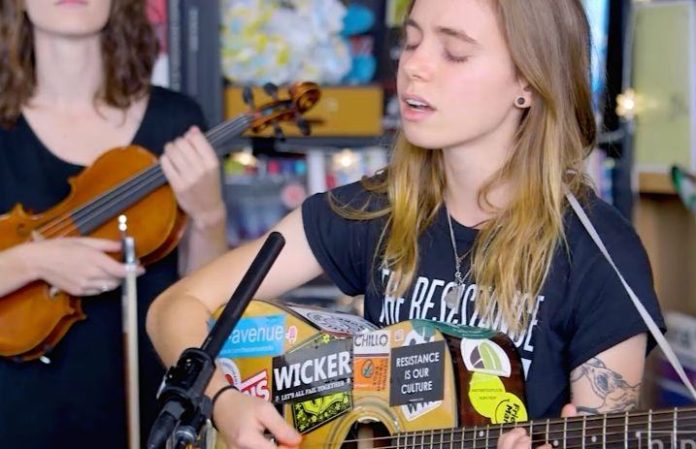 If you're hoping to start your day with a box of tissues in hand, then Julien Baker has you covered with her new Tiny Desk Session.

This marks her return to the Tiny Desk, and she plays “Hurt Less,” “Even” and “Appointments,” all taken from her spectacular 2017 release, Turn Out The Lights.

Give her performance a watch below:

We caught up with Baker for issue 353 to talk more about Turn Out The Lights, her whirlwind of a few years—and the relationship she has with her fans or, as she'd prefer to call them, “listeners.”

“It feels almost weird saying 'fans,' because I guess there are fans of my music, but I don't ever want to conceptualize someone as being a fan of me, lest it be something that pads my ego. So I'm always like, listeners. People who listen to my music,” Baker explains.

“Sometimes people will come up to me and talk to me about the songs. Sometimes it's very casual, and people are funny about it, and they're like, 'Hey, your songs mean a lot to me, do you think we could grab a hardstyle photo?' In which case I'm like, 'Sick!'…

“But every once in awhile, maybe one or two times a tour, something super-intense will happen, and I'll get a letter or explanation. Somebody will say, like, 'Hey. You helped me come out,' or 'I just recently got sober, and your music means a lot to me.' Those are the most beautiful, meaningful exchanges that I get.”

Turn Out The Lights was released in October, and it happens to be one of our favorite albums of 2017.