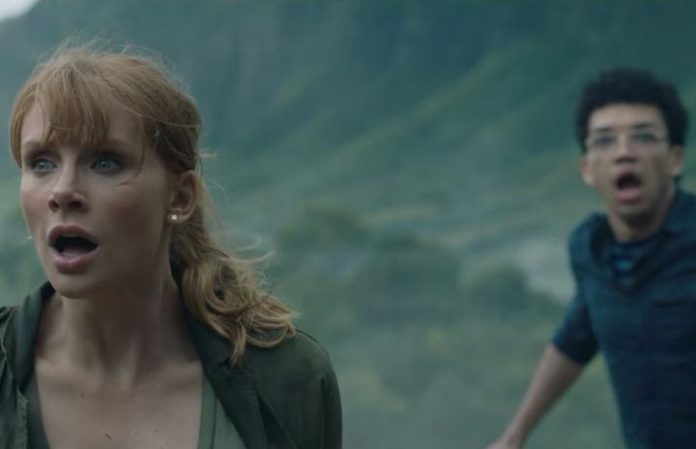 Though Jurassic World: Fallen Kingdom's debut is still a ways away, the film has shared a dramatic teaser trailer, featuring Owen Grady (aka Chris Pratt) and Claire Dearing (aka Bryce Dallas Howard), and we're getting excited.

The (short) clip features the characters fleeing a pack of dinosaurs. It's seriously intense. And we love it.

Watch the newest teaser below:

This trailer confirms the news that had been previously reported: Jurassic World's Chris Pratt and Bryce Dallas Howard will be returning to reprise their roles in the next film, due out June 22, 2018.

Jurassic World earned $511.8 million globally its opening weekend, becoming the first-ever movie to break $500 million during the opening weekend. Of course, this means the follow-up has plenty to live up to, but based on this trailer, we think there's a good chance it'll do just that.

Not to mention, the original film in the franchise, 1993's Jurassic Park, was the first film to break $50 million globally.

How stoked are you for Jurassic World 2? Let us know in the comments below!