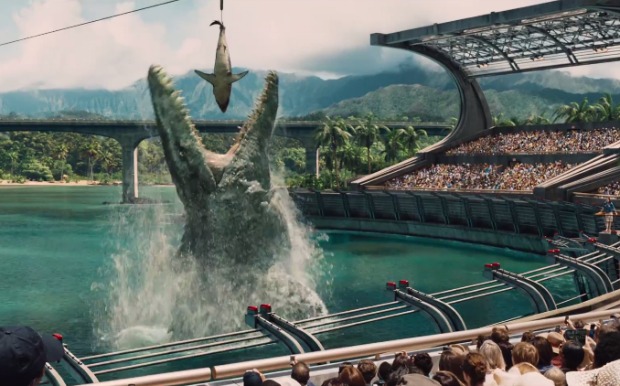 It's no secret that Jurassic World has been dominating the box office all weekend, setting a few records before Saturday had come to an end. The parade of accolades continues today, as Entertainment Weekly reports that the film earned $511.8 million globally this weekend, becoming the first movie to break $500 million.

The original film in the franchise, 1993's Jurassic Park was the first film to break $50 million globally, so the record returns to the house of dinosaurs roughly 23 years later. Make sure to see the film this week. Jurassic World is now in theaters worldwide.