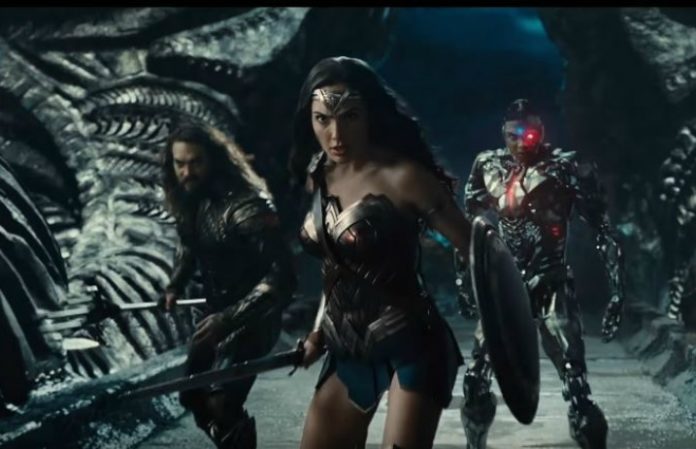 Justice League has officially dropped the first trailer and we are convinced that it might end up being the greatest superhero movie of all time.

In the trailer, all of our favorite heroes show up including Ben Affleck as Batman interacting with Jason Momoa of Game Of Thrones as Aquaman, Ezra Miller as The Flash, Ray Fisher as Cyborg and Gal Gadot, who reprises the role of Wonder Woman from Batman v Superman.

Last year, Affleck talked about how Batman would be portrayed in this upcoming Justice League movie.

“He’s a little bit more sardonic, humor, a little more irony. More of his, that sort of Bruce Wayne, wry, ironic gallows humor comes out,” said Affleck, in a wide-ranging on-set interview conducted simultaneously by multiple outlets. He sat for the interview still dressed in his Batman costume, sans cowl, with heavy dark eye makeup, joking that Christian Bale never would’ve been caught by the press with those “raccoon eyes.”

This is evident in the trailer when The Flash asks Bruce Wayne what his super power is, only for Wayne to reply with, “I'm rich.”

Justice League, directed by Zack Snyder, will be hitting theatres and our hearts on Nov. 17.

Check out the trailer below and tell us what you think!