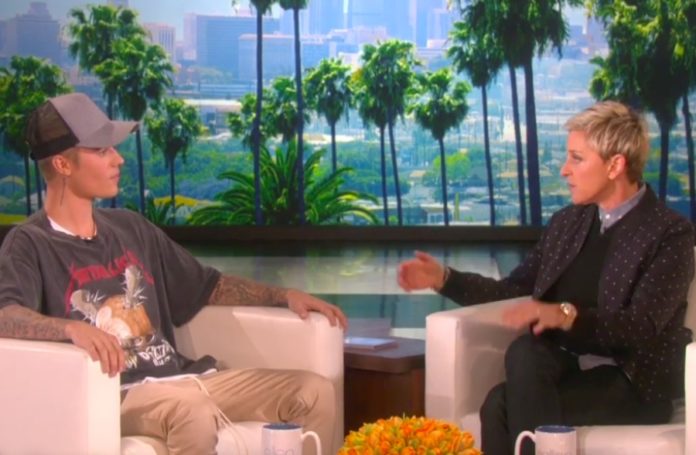 Justin Bieber guest starred on Ellen DeGeneres' talk show today. His choice of clothing? A Metallica shirt, which, as you can imagine, upset metalheads everywhere.

When you see Justin Bieber wearing a @Metallica T-shirt pic.twitter.com/UyRD2MVDAQ

Justin Bieber singing “Sorry” on The Ellen Show while wearing a Metallica t shirt is probably the least metal thing to have ever happened.

If Justin Bieber can stop wearing Metallica shirts that'd be great… Sincerely, those of us who listen to real music

Just seen a picture of Justin Bieber wearing a Metallica shirt, I'm not okay with this, I bet he doesnt even know who they are

Just saw that Justin Bieber was wearing a Metallica shirt on Ellen. What the fuck

Why did I just see Justin bieber wearing a @Metallica t shirt…. #youserious?

Take off the Metallica shirt you dweeb, you are a disgrace to music. https://t.co/VU2rR8otEJ

Justin Bieber wearing a Metallica shirt makes me wanna throw up. How dare he.

why the fuck is @justinbieber wearing a Metallica shirt