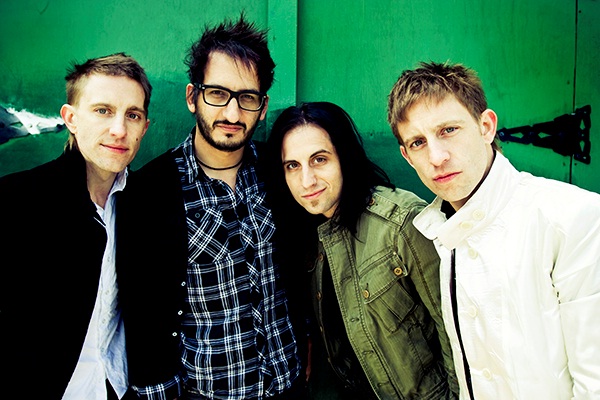 “Pivec was charged with attempted murder in the 2010 attack on Matthew Leone, 35, bassist for the rock band Madina Lake.

Prosecutors had said Pivec was choking his wife while he pinned her against a fence early on June 29, 2010, in the 1300 block of West Ohio Street.

A domestic battery case against Pivec in the attack against his wife is still pending, with a hearing set in Branch 60 of Cook County Domestic Violence Court on July 27, according to court records.

Pivec's wife, who was on the ground, bloodied, yelled to Leone, who was leaving his brother’s nearby condo, to call police, Leone and police said after the incident.

Leone tried to intervene, was punched in the face by Pivec and fell to the ground, where Pivec kicked Leone in the head and face approximately 10 times, prosecutors had alleged.”

Leone suffered a traumatic head injury as a result of the attack, which led to his brain swelling and a part of his skull being removed by surgeons. The band made a statement on the ruling via their Facebook page:

“We’re utterly baffled and shocked to get a Not-Guilty verdict in the Justin Pivec attempted murder case. Admittedly we’re not well versed in the justice system but today a vicious coward was given a free pass for beating his wife and almost killing my brother. This has taken a tremendous toll on all of us for 2 years and though we’re devastated .. we will continue to focus on the positive, which is that Matthew is still with us and hopefully this has spread awareness for victims of domestic violence. More later as we attempt to comprehend this.”

Altpress.com spoke to Leone about the attack and his recovery in 2010; that interview can be read here.