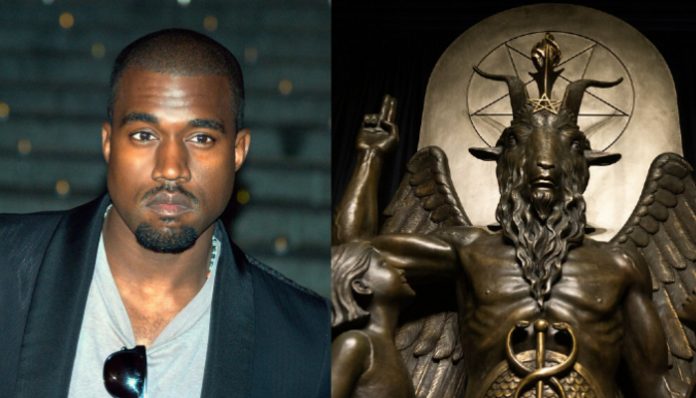 The new Kanye West album has seemingly taken over everyone’s attention after a predictably sloppy release, and now even the Church Of Satan has joined in on the conversation.

The new record, JESUS IS KING, follows Kanye’s rebranding as a devout Christian and an announcement he will be re-recording all of his albums without any swearing.

After the massive discourse surrounding Kanye’s full push into religion after building his career up over the last year with his Sunday Service shows, the Chruch Of Satan has chimed in.

The organization took to Twitter to lobby a nod to Kanye and attempt to remind him that Satan has as much of a place in his life as God.

Satan is the best friend Kanye has ever had, as he will keep him in business all these years!

Twitter users had their fun with the unexpected response. You can see some of those posts below.

So Kanye is the church? 🤣

We’re more pleased than anything! Only those who read our literature will “get it”.

JESUS IS KING technically arrived on the day it was promised although it still came in late. First, it was scheduled for a Sept 27 release which was pushed to Sept 29. Once it didn’t arrive then, it was supposed to come out today at midnight but no one saw it when they woke up.

The rapper then said they needed to fix the mixing on three tracks and would not sleep until it was out. That seems to have been accurate since you can now stream the album.

Thank you for being loyal & patient

We not going to sleep until this album is out!

What do you think of the Church Of Satan’s response to the new Kanye West album? Let us know your thoughts in the comments below.