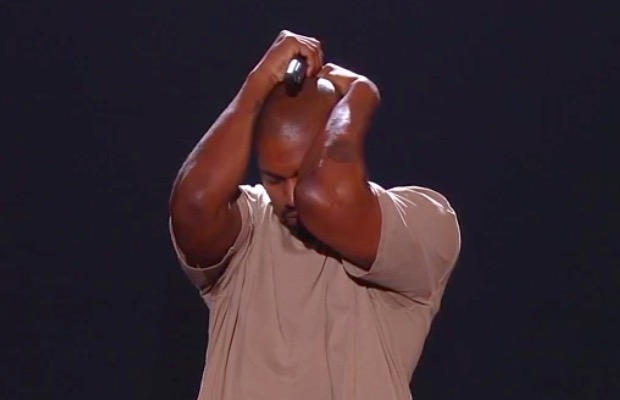 Most people notice what Kanye West is wearing whether it's a brand new pair of Yeezys or a Testament shirt, but now the 21-time Grammy winner has people talking after he was seen wearing a Cradle of Filth shirt.

Check out what the band had to say about Kanye wearing the shirt below!

Metal has continuously been leaking into the mainstream media lately whether it's Rihanna using death metal typography to display her name at the 2016 VMAs or Justin Bieber's unforgettable metal phase. However, this isn't the first time Kanye has gone metal.

In late 2016, West was photographed wearing a Testament shirt. His sister-in-law Kendall Jenner has also shown respect for the genre in the past wearing a Slayer shirt back in June of 2014.

Now, West is bringing metal back into the spotlight as he was photographed wearing a Cradle of Filth shirt. Check out the picture below!

Of course when Kanye West wears your shirt, you're gonna hear about it, so Cradle of Filth took to Facebook to react.

They shared the image writing “Kanye West. Cradle Of Filth fan. Fortunately not a collaborator.”

While the band thinks it's fortunate that Kanye hasn't collaborated with them, we're just trying to figure out what that would even sound like. What do you think a Cradle of Filth/Kanye collab would sound like? Let us know in the comments!