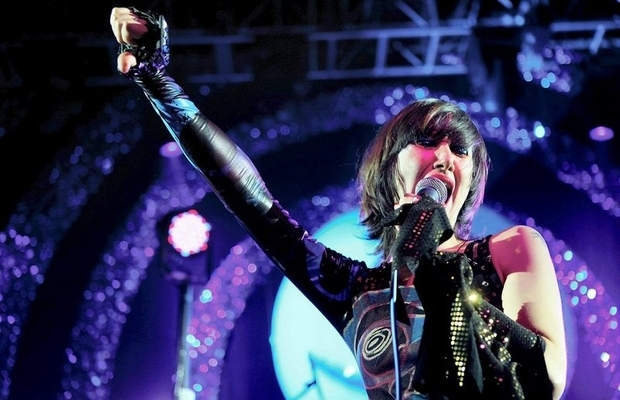 If you caught recent Spike Jonze film Her, you're likely familiar with “The Moon Song,” the Karen O (Yeah Yeah Yeahs) and Jonze penned tracked performed as a touching duet between lead actor Joaquin Phoenix and his digital love interest, voiced by Scarlett Johansson.

If you stuck around during the film's credits, then you've also already heard Karen O's solo version of the song, but, a third version, debuted earlier this week on Rolling Stone, also features Vampire Weekend's Ezra Koenig, performed as the duet it was intended to be.

Listen to Karen and Ezra's version below:

The track is up for an Oscar for “Best Original Song,” and, just announced this morning, Karen O is now slated to perform at the March 2 ceremony in Los Angeles.

O appeared on Los Angeles radio station KCRW earlier today to chat about the Oscars, where she performed another rendition of “The Moon Song,” joined by Her director Spike Jonze and production designer KK Barrett.

Here's a video of their performance:

The Yeah Yeah Yeahs' latest album, Mosquito, was released last year. They currently have no live performances scheduled for 2014.

Recent Grammy winners Vampire Weekend are slated to perform at various international dates and festivals throughout the summer.