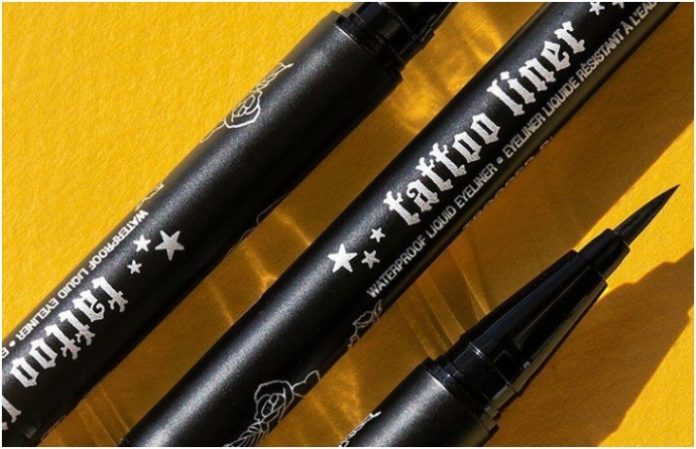 In a world where there’s so many liquid eyeliner choices, seeing one that stands out from the crowd is a definite must-have for makeup lovers. To limit the choices down, some turn to makeup reviews to see what one is just right, and while some can be pretty hilarious, others take their makeup reviews very serious.

Twitter user @guadalahari, who was looking for a new long-lasting eyeliner choice, stumbled upon one review from “Bluntredhead” on KatVonDBeauty.com that shared a highly-praised review of the brand’s Kat Von D Tattoo Liner.

Y’all I was really out here looking for a new eyeliner and look at this review lmfaooo
She deadass took a picture in her neck brace I am deceased �� pic.twitter.com/j9jHjAei06

Posting a photo of herself lying in a hospital bed with a brace around her neck after a car accident, she shared that her makeup stayed pretty intact through the whole fiasco, with only her mascara appearing to be smeared.

“This product is truly amazing. June 28th I was pulled over in my car calling for roadside assistance when a distracted driver hit me going 55 mph,” the reviewer wrote. “I was taken via ambulance to the ER where I remained for 8 hours. My mascara was running down my face from crying and all other products had been wiped off in the transfer to the hospital. But not my tattoo eyeliner. I am posting a pick to show you, this product lasts and looks amazing through anything. Never buying any other liner again.”

Yeah, that’s definitely some long-lasting eyeliner. According to the reviewer's tweets, she is safe and pretty active on Twitter. She even shared the tweet from the original user, saying that she took the photo for police evidence.

Everyone’s hating on my review because I posted a picture of the makeup after the accident:
1. I took the photo for police evidence
2. But have you ever seen such a good eyeliner?!

Kat Von D Beauty’s Tattoo Liner does claim that it will stay on for a 24-hour wear, and it looks like the website wasn’t lying when they made these claims.